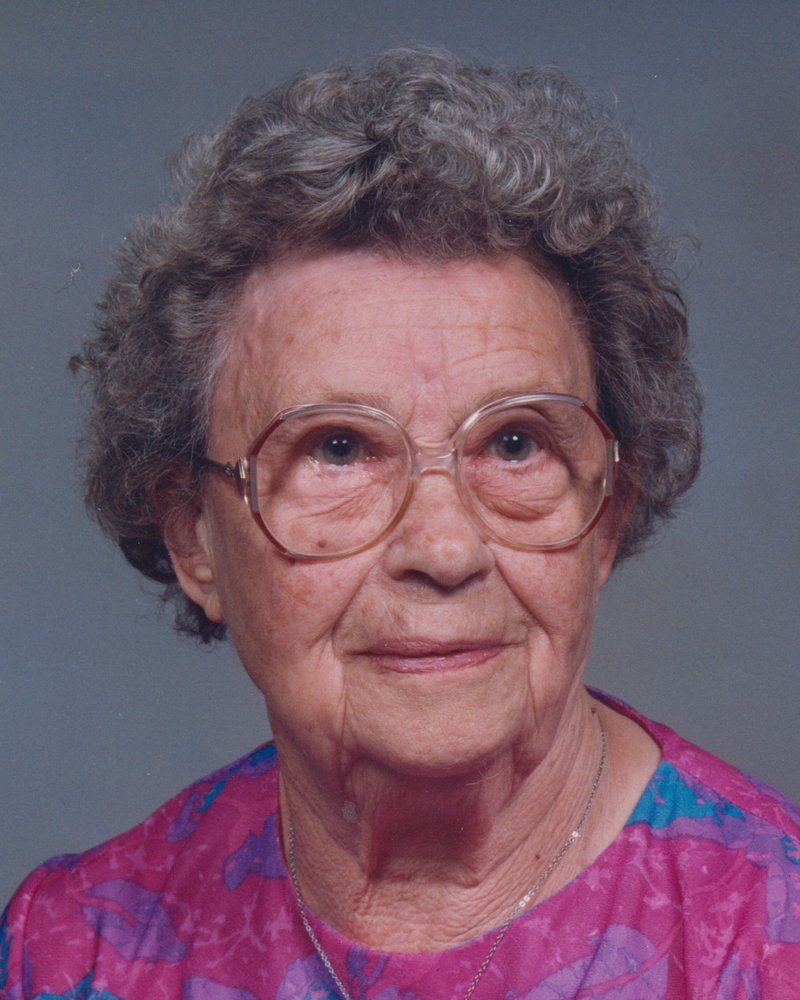 Lena Gruenke of Morris, Manitoba passed away at the Red River Valley Lodge on September 4, 2018 at the age of 103 years.

She is survived by one brother Lawrence.  She was predeceased by her parents Louis and Theophilie Gruenke, one brother Art.

Lena Gruenke was born October 18, 1914 to Louis & Theophilia Gruenke.  She lived in Winnipeg with her family until 1916, when they moved to the Morris area.  She attended Flowery Bank School.  As she grew up she worked on the farm in the Morris area, as well as housekeeping duties for families in Winnipeg during the winter months.  From 1948 to 1979 she farmed with her brother Art Gruenke, first in the Broadview area and later in the Morris area.

Her mother Theophilia passed away in 1976.  After the selling of the farm, she and her brother Art remained living there for a few years and then after the 1979 flood, they moved into Morris.  Her brother Art passed away in Feb. 1993 and Lena lived in her own home by herself until she turned 90, when she moved into the Parkside Villa.  Her other brother Lawrence Gruenke is 101 years of age and resides in Kelowna, BC.

Lena was an avid Scrabble player, and also enjoyed crossword & word search puzzles.  She loved her vegetable and flower garden.  She was known for her “green thumb” and having a large bountiful garden that took up much of her backyard.  Lena was known to keep her African violets and Poinsetta plants healthy throughout the year.  Lena was an excellent quilter.  She and her mother were well known for their quilting skills.  Many knew mother was presented with a baby quilt as a gift and was treasured due to Lena’s fine stitching and handiwork.  Lena had a definite “sweet tooth” and was a self declared “chocoholic”.

She was baptized in 1954 and was a faithfull lifetime member of Emmanuel Baptist Church.  She moved to Red River Valley Lodge in Jan. 2011 which was her home the past 7 years.  On Tuesday, Sept. 4, 2018 she was called to her heavenly home to which she had been longing to go for a number of years.

Share Your Memory of
Lena
Upload Your Memory View All Memories
Be the first to upload a memory!
Share A Memory