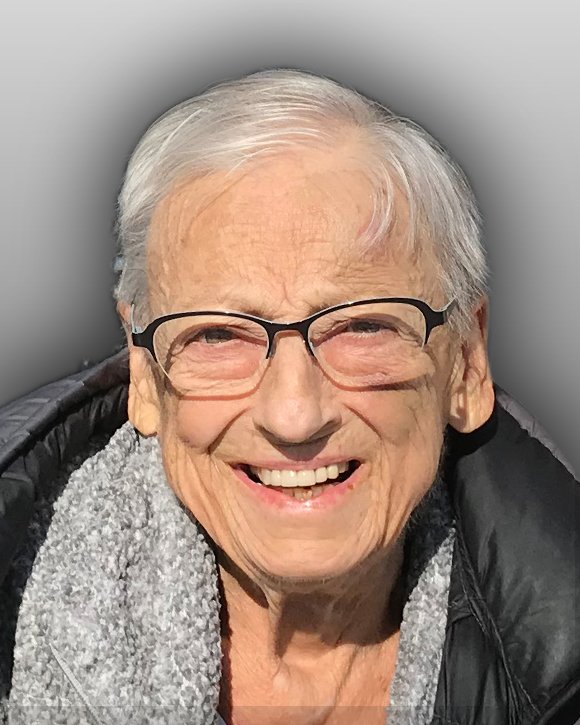 Please share a memory of Louise to include in a keepsake book for family and friends.
View Tribute Book

It is with great sadness that the family announces the passing of Louise Ann Braun (nee Perry) after a lengthy illness. Louise was born on March 15, 1933 in St.Boniface MB to Charles and Ann Perry (nee Shumka). The family moved away from Winnipeg shortly after her birth. She was the eldest of three sisters and grew up in Fort Francis. Charles Perry fell ill and passed away when Louise was just a young girl. His death put enormous strain on the family during the 1940's and Louise became very self-reliant. Life's obstacles were overcome with persistence and determina- tion.

Louise is survived by her two sisters Geraldine Tilden (Charlie) and Joyce Rousseau (Emile). From an early age she loved to be active with friends and family. The sisters spent countless hours to- gether socializing and shopping together. You could often hear them reminiscing about earlier times; they all felt fortunate to spend their retirement in Florida.

Not surprisingly after completing her high school she left Fort Francis, to attended St. Boniface Nursing School and graduated in 1957 as a Registered Nurse. Her yearbook stated "enthusiasm plus energy equals the happy end result we call Louise. A sparkling personality which radiates for the love of one man." It turned out that man was Stan, who became a strong and valued member of the Morris community and practiced Law there for over twenty-eight years. They had three active sons Perry, Patrick and Robert who participated in many local sports and activities.

Louise was an enthusiastic community member in many organisations including Morris Swim- ming Pool, Horticultural Society, Red Hats and Morris Library. Louise developed an admiration for the Arts from her father, Charles, and her caregiving from her mother. Louise never lost her love for painting and often hosted art classes for the like minded. Painting took her to another time and another place.

It’s no wonder after growing up in the depression era that her home was her pride and joy. In her later years she would blissfully spend the time tending her yard. She had a true green thumb and would spend hours grooming the flower beds. Louise could never see flowers too many times and never got tired of their sweet fragrance. Each one was a delicate thing to her, no matter if it was in a horti- cultural event or in a prairie meadow. Working outside also gave her an opportunity to mingle with her neighbours and passers by.

One of her simple enjoyments of life was shopping. She loved a bargain and fussed over different fabrics and textures. She would often try on new shoes and would religiously go The Bay basement for discounted items. This enjoyment would make her husband, Stan, a little anxious, especially when they were approaching the border coming back from the United States.
The family would like to thank the kind staff at Red River Valley Lodge and the Morris Hospital. As well as Special thank you to Vi, Joan & Jack, Jill, Gwen and Murray who all played a warm and compassionate role in her later days.

The funeral service for Louise will be held Thursday, March 14, 2019 at the Morris United Church at 2:00pm.

Donations in memory of Louise may be made to the Kidney Foundation.

Share Your Memory of
Louise
Upload Your Memory View All Memories
Be the first to upload a memory!
Share A Memory