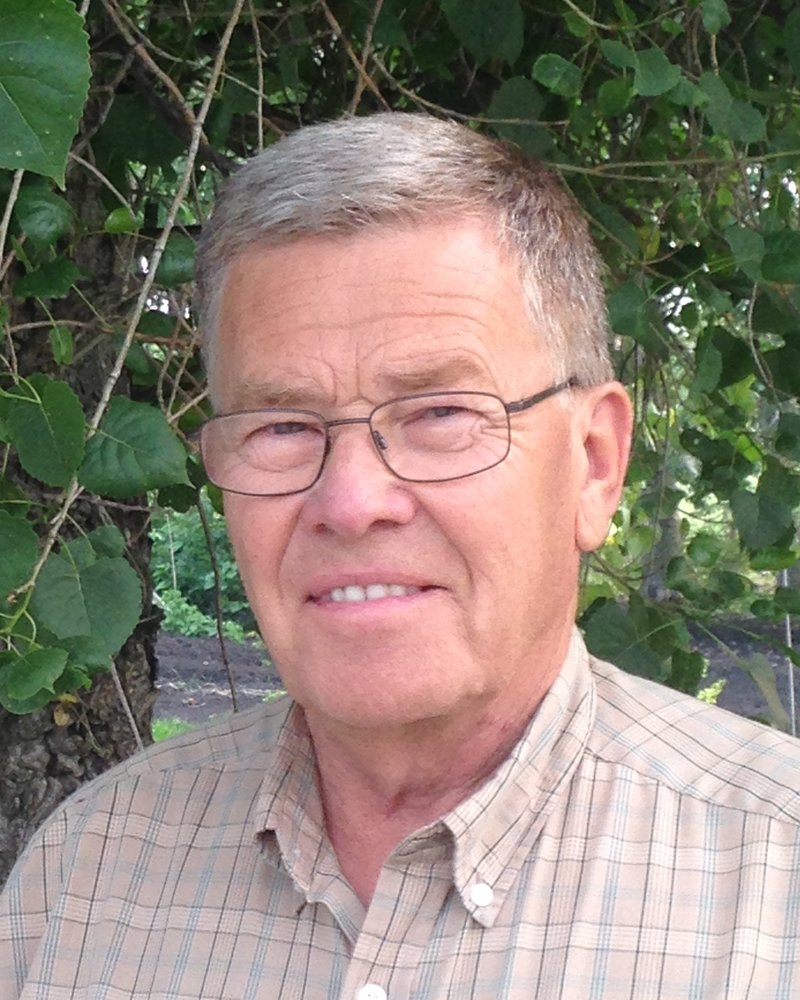 Please share a memory of Elmer D. to include in a keepsake book for family and friends.
View Tribute Book

Elmer Friesen, our dear husband, father, grandfather, great grandfather, passed away peacefully on Sunday March 10, 2019at the Boundary Trails Health Center in Winkler, Manitoba, at the age of 76. His 6year battle with cancer was a hard fought struggle and we are grateful to know his suffering has ended and he has arrived home with his Heavenly Father.He is now with Jesus in glory, his body fully restored and free of suffering.

Elmer was born July 3, 1942 to Henry and Agnes Friesen, the 3rd of 8 children. In 1958, he made his most important life decision, and accepted Jesus Christ as his personal savior, and publically declared his faith through baptism. Five years later, he made the second most important life-changing commitment.  On September 7, 1963, he married the girl he would love all his life, Betty Ann Loewen, and together they raised 3 children.

Elmer entered the workforce as a young teenager beginning his journey as a barber, a car washer, and construction worker – by the age of 16, he was off to Winnipeg where he earned a reputation as having “the strongest legs in southern Manitoba”, hauling 100lbs of concrete up ladders all day long.  Shortly after, hespent a summer in Alberta harvesting peasand bailing hay, then moved back to Manitoba to work construction. Once married Elmer and Betty Ann moved to Kola, Eventually, the young couple settled near Rosenort, Manitoba, where he began his first business as a hobby farmer, which extended into his career as an inventor and manufacturer.

Elmer had a remarkable ability to envision solutions.  Hedesigned innovative agricultural equipment to meet the needs of farmers.  Elmer engineered a patent that improved the agricultural industry and supported the hard work of farmers across Canada, the United States, and eventually the globe. His entrepreneurial spirit was a family endeavor and over his lifetime enjoyed business partnerships with each of his brothers, his children, and several grandchildren.

He was a great man of integrity, incredibly generous with his time, talent, and resources, and a strong encourager of others. He touched many people with his love for Christ, his good humor and quick wit, his wisdom for business, his commitment to missions, politics and community, and his dedication to faith.

Elmer was predeceased by his parents, and one grandson.He is survived by his wife Betty Ann, His children and their spouses: Corinne and Ray Waldner, Byron and Calle Friesen, Shelline and Darryl Ross, 14 grandchildren (including spouses), 5 great grandchildren, 4 brothers, 3 sisters, their spouses, and numerous nephews and nieces.

The family would like to extend sincere appreciation to the staff at Boundary Trails Health Center for their tender care of our Dad over the last several years, with special thanks to Dr. Woelk.  We are grateful beyond measure for the many people who have supported Dad and Mom with visits, encouragement, moments of laughter (which Dad enjoyed so much) and heartfelt prayers. All of you have blessed us throughout this journey in ways that will forever be cherished.

The following scripture was Elmer’s favorite, etched in his heart because of the work of the Savior in his life; 2 Timothy 4:7-8 “I have fought the good fight, I have finished the race, I have kept the faith.  Now there is in store for me, the crown of righteousness, which the Lord, the righteous Judge, will award to me on that day – and not only me, but also to all who have longed for His appearing.”  - ASV

The funeral service will be held, Saturday, March 16, 2019 @ 2:00 pm at Morris Multiplex, with private family burial prior to the service.

To view a slide show of pictures shown at the funeral please see:  https://youtu.be/ELhpXtiIKOs

To watch a video of the entire funeral service click on the "Memorial Video" to the left of the screen.

Share Your Memory of
Elmer D.
Upload Your Memory View All Memories
Be the first to upload a memory!
Share A Memory