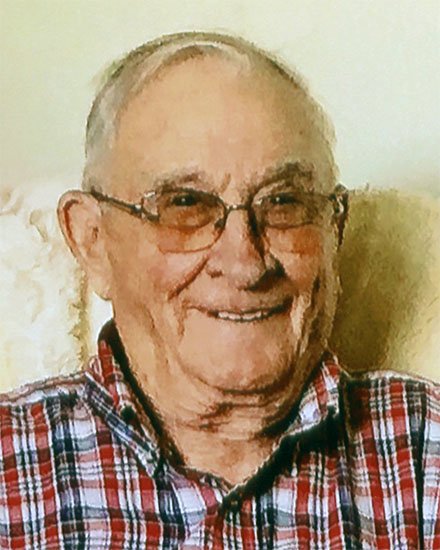 Please share a memory of Albert to include in a keepsake book for family and friends.
View Tribute Book

Peacefully at the Boundary Trails Health Centre in Winkler, MB on Saturday, March 23, 2019 Albert passed away at the age of 90.

He was born the eldest of six children, to parents Louis and Anna (Vermette) Duval, on July 3, 1928 on their farm in St. Jean-Baptiste, Manitoba.  At the age of 12, his life was changed when his father passed away unexpectedly.  By this point, he had already been doing the two things he liked most, farming and driving.  These were to shape his future work life.  During this difficult period of his life, he never forgot the good deeds and help he and his family received.  Albert was happiest behind the wheel of a vehicle, be it a car, truck, big rig or tractor.  He drove his car almost daily until a month before his passing.

He was also known as The Town Historian.  He would start up a conversation with anyone who would listen.  He had an incredible memory for names, dates, buildings and land in much of Southern Manitoba.

Albert was predeceased by his son Robert (1988), as well as his parents Louis and Anna Duval, his brothers Adonias and Camille, and sisters Solange Jobin and Therese Sabourin.

We his children are very grateful for our father’s dedication and care to our mother over the years.

The family wishes to thank the wonderful staff at BTHC for their care and compassion shown to our dad and mom over the past few weeks.  Dad repeatedly said the care was 100%.  Thank you also to the extended family and friends who visited and spent time with Dad before and after his hospitalization.

In lieu of flowers donations in his memory may be made to the Boundary Trails Health Centre Foundation Palliative Care Program (Box 2000 Stn. Main Winkler, MB  R6W 1H8)

Share Your Memory of
Albert
Upload Your Memory View All Memories
Be the first to upload a memory!
Share A Memory