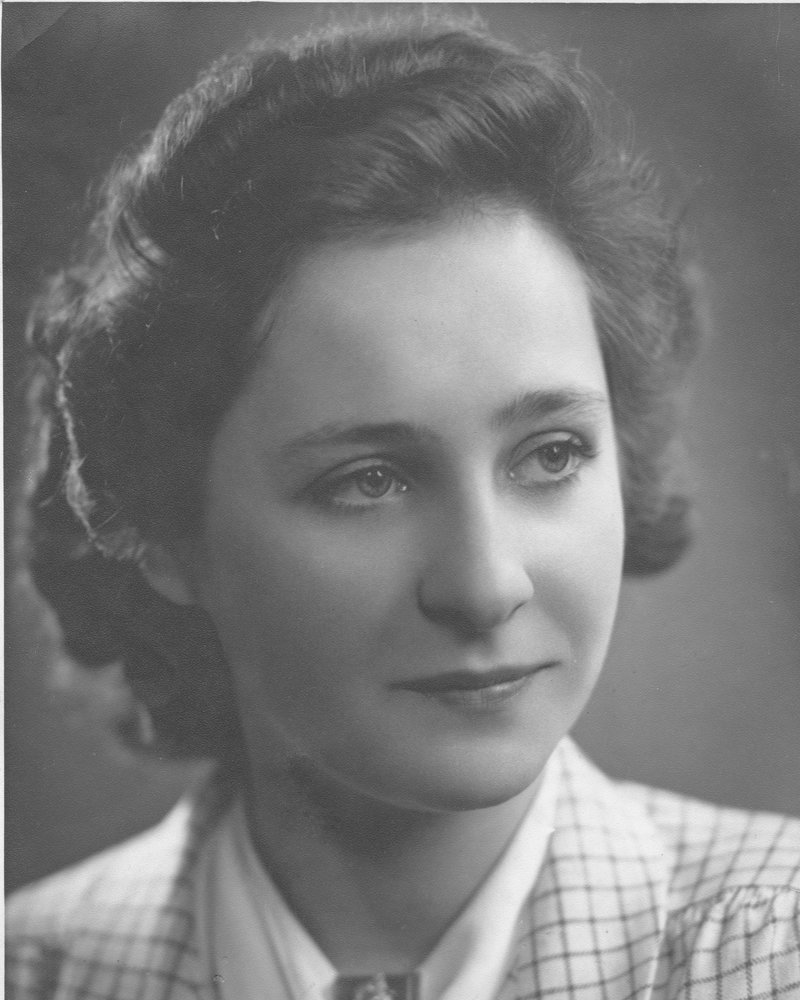 Please share a memory of Simone to include in a keepsake book for family and friends.
View Tribute Book

Mrs. Simone Davies passed away peacefully on June 13, 2019, at Morris, Manitoba surrounded by her family.

She was predeceased by her husband Jack Davies and leaves behind her children: Larry, Brenda and Stuart (Gail) Davies; her grandchildren Jackie and Jason Heinrichs, Tara and Bryn Davies, Alison Pham and numerous great grandchildren including her best friend Hali.

She was born in 1923 in Liege Belgium.  During the liberation of Belgium from the Germans she met and married a young Canadian soldier named Jack Davies.  She came to Canada after the war and settled in Morris.  Here she learned her third language (English), and later in life travelled the world and read thousands of books.

She was very close to her late sister-in-law Margaret Zimmerman whom she considered her sister.  She also had a remarkable friendship with her childhood friend Gusta Van Der Auwera for over 80 years.

A private family service will be held at a later date.

A special thanks to the nurses at the Morris Hospital for all their help and kindness.  Also a great thanks to her grandson Jason who provided constant love and help, especially in her later years.

Simone was an exceptional mother, grandmother and great grandmother.  We will all miss and love you forever.

In lieu of flowers, donations to the Humane Society would be appreciated.

Share Your Memory of
Simone
Upload Your Memory View All Memories
Be the first to upload a memory!
Share A Memory