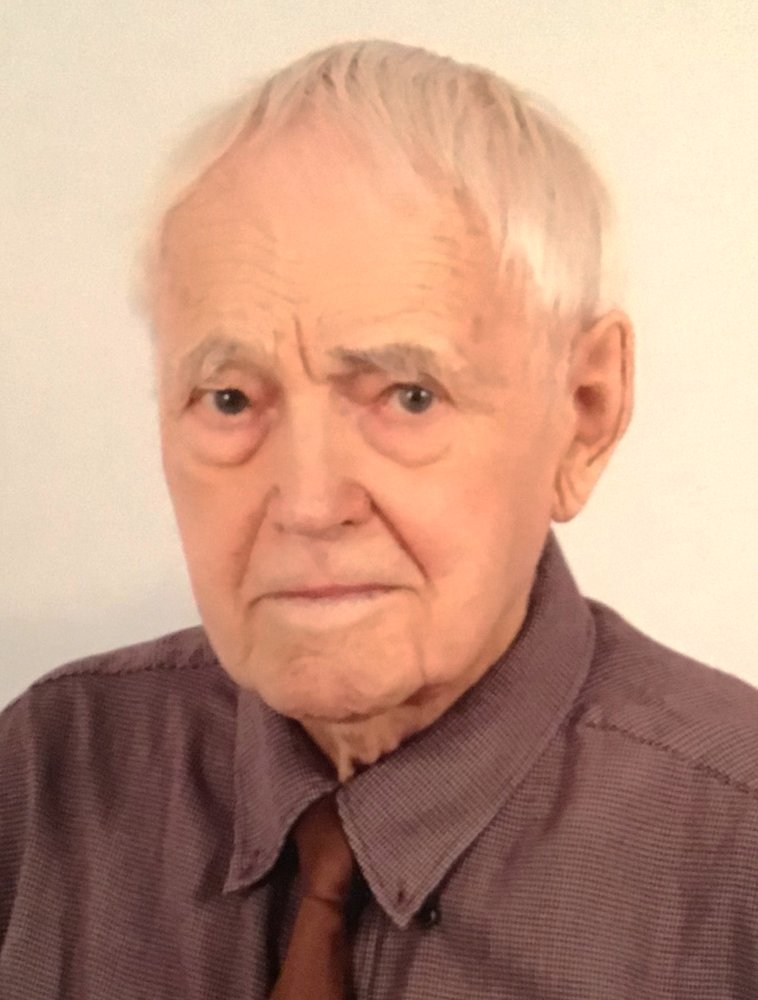 Please share a memory of Edd to include in a keepsake book for family and friends.
View Tribute Book

Edd  passed away peacefully, surrounded by family and the sound of music,  on Saturday, August 24, 2019.

Edd  (Erdman) Groening was born on the family farm in the Kane community about 50 miles SW of Winnipeg to a family of 7 boys and 5 girls on February 5, 1913.  Dad went to Kane School for Grade 1-11, then completed his high school in Lowe Farm at the age of 25.  This was an important time for Dad.  He developed an appreciation for Greek history and the writings of Homer and Shakespeare.  When asked a few years ago what life choices he had missed he said, “I would have liked to study more Shakespeare.”

Dad studied at Winnipeg Bible College, then applied for study at the University of Manitoba.  World War 2 and his father’s death in 1941 intervened.  Dad stayed home to operate the farm.  He contributed to the war effort by serving in a coal mine in Bienfait, Saskatchewan and at a lumber camp in Kapuskasing, Ontario.

In 1944 Dad married Margaret Heinrichs with whom he had six children.  They established a homestead at Kane.  Winters were devoted to reading.  He was introduced to Russian novelists by one of his sons.  Theology, philosophy, history and Greek plays – Dad was well read in a wide range of areas.  Reading stimulated his own writing which included many short stories, essays, and letters.  He was always interested in discussing books and issues, especially with the young people.

Dad served as lay pastor and Sunday School superintendent in the Kane Bergthaler Church and acted as a school trustee for more than 20 years.  Many times we have met people who remember that he was their SS teacher or that he hired them in their first teaching job in Kane School.

When Dad was 14, he persuaded his father to buy him a violin.  He played the violin in school, church, in community orchestras and later with his family for 80 years.  He purchased many instruments and encouraged his children to play and enjoy music.

After retirement our parents moved to Winkler where Dad was involved in church and in various musical groups.  Visitors would be invited to look at the stars and planets through his telescope.  He enjoyed driving out to help on the family farm and was able to help his sons Ralph and Tim until he was well into his 80’s.

After his wife Margaret died, Dad moved into Winnipeg to be closer to his children.  He enjoyed life at Bethel Place, coffee and conversation at Tim Horton’s and getting to know the staff at McNally. He was a loyal customer and always wanted to be first in line for the latest David Bergen book.

Dad moved to Thorvaldson’s in 2012 and then to Pembina Place in 2015 and continued to enjoy music and discussions with family and friends.

Edd was predeceased by his wife Margaret in 2003.

The family would like to thank the caring staff at Thorvaldson’s and Pembina Place.

Cremation has taken place and interment will take place at a later date.

There will be a memorial service at Bethel Mennonite Church, 465 Stafford Street at 1:00pm Saturday August 31, 2019.  If you wish, donations can be made to the Canadian Food Grains Bank.

Share Your Memory of
Edd
Upload Your Memory View All Memories
Be the first to upload a memory!
Share A Memory