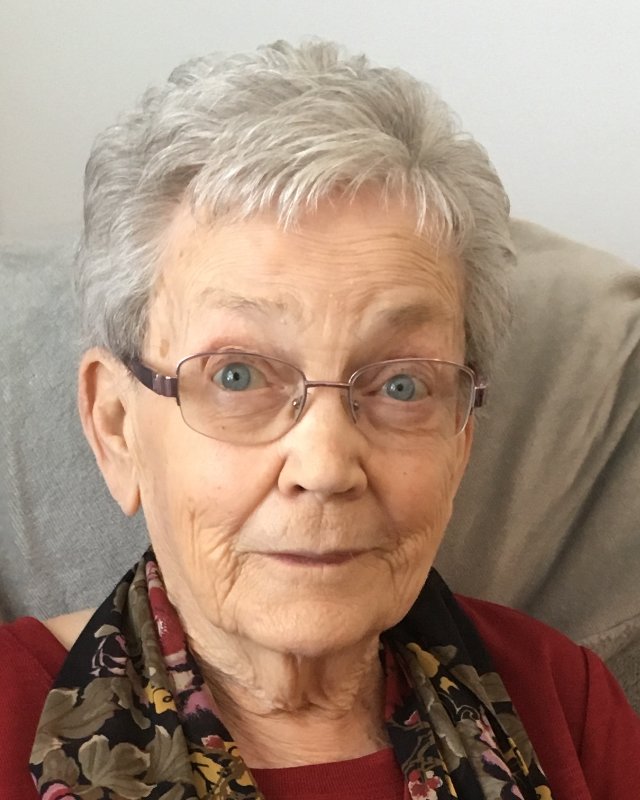 Please share a memory of Therese to include in a keepsake book for family and friends.
View Tribute Book
Peacefully at the Boundary Trails Health Centre in Winkler, Manitoba on Sunday, December 29, 2019, Therese passed away at the age of 87. She was the eldest daughter and third child to parents Alphonse and Jeanne (Madec) Lavallee. She was born on the paternal farm in St. Joseph, Manitoba on October 22, 1932. On June 2, 1951 mom and dad (Albert Duval) were married in Letellier, Manitoba. She and dad lived most of their lives in St. Jean-Baptiste, Manitoba. Dad passed away on March 23, 2019 leaving a huge void in her life. In April 2019 mom moved to the Emerson Personal Care Home where she resided until she fell and fractured her hip on December 23, 2019. She was admitted to Boundary Trails Health Centre where she remained until her passing December 29, 2019. We as family want to thank the excellent surgical staff for all the care and compassion shown to mom and the family during her stay there. She is survived by her son Louis (Margery), her daughters Mona (Ron Livingstone) and Doreen Duval, and her daughter-in-law Agnes (Herb Weidman). She is also survived by her sisters Claire (Gerald Landry), Lucille Dankewich and Diane (George Tkachuk), her brothers Claude (Ann) and Denis, and her sisters-in-law Annette Lavallee and Helene Duval. Also surviving are her 10 grandchildren, Danielle Bruneau, Roger Duval, Jean-Claude Duval, Chantale Wessell, Jonathon Weidman, Alan Livingstone, Kevin Livingstone, Ryan Livingstone, Robert Livingstone, Darren Cataford, and her 16 great-grandchildren. Therese was predeceased by her husband Albert (2019), her son Robert (1988), as well as her parents Alphonse and Jeanne Lavallee and her brothers Joseph and Lionel. The funeral mass will be held Friday, January 3, 2020 at 2:00pm at the Roman Catholic Church in St. Joseph, Manitoba. Public viewing will be from 1:00-1:45pm and eulogy at 1:45pm. Interment will take place following the service in the St. Joseph parish cemetery. Donations may be made to Boundary Trails Health Centre Foundation Palliative Care Program (Box 2000, Winkler, Manitoba R6W 1H8).

Share Your Memory of
Therese
Upload Your Memory View All Memories
Be the first to upload a memory!
Share A Memory