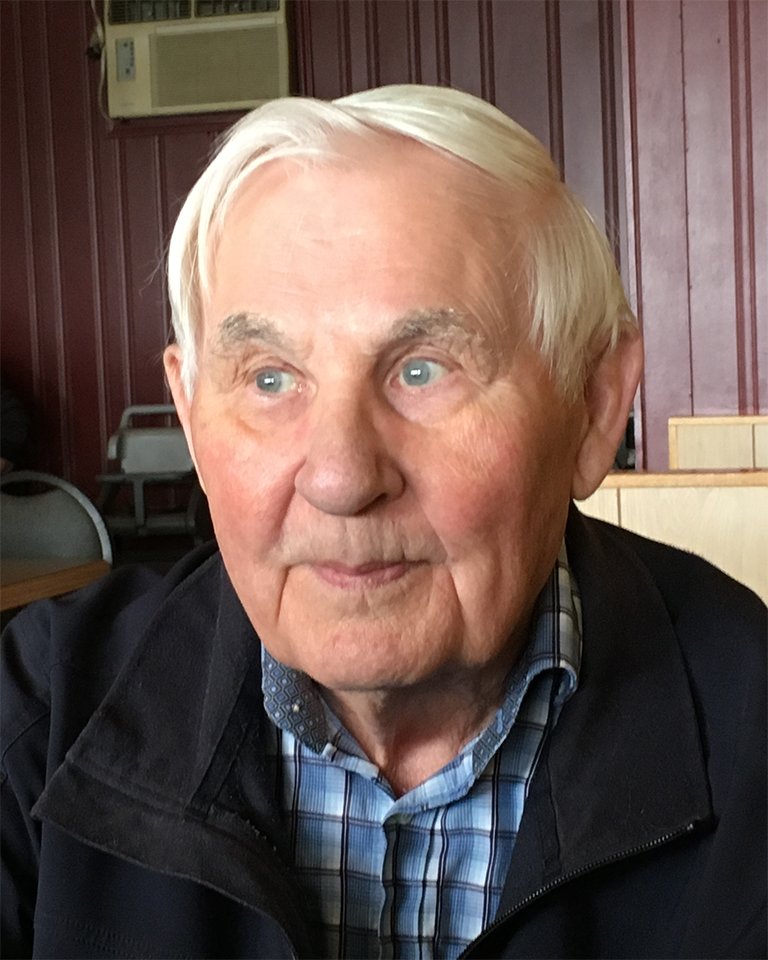 Please share a memory of John to include in a keepsake book for family and friends.
View Tribute Book
John W. Chubaty was born on July 13, 1928 at Stuartburn, Manitoba. He passed away peacefully at the Emerson Personal Care Home on January 4, 2020, at the age of 91 years with family at his side. John will be greatly missed by his children, Brent (Rachel), Myrna, Colleen, Tim and daughter-in-law, Lee; fourteen grandchildren, Gail, Wayne (Shari), Tom (Sharon), Tim, Jeff, Barry (Cheryl), Jill, Elizabeth (Joel), Amy, Lindsey (Matthew), Rebecca (Aaron), Victoria, Vanessa, and Phillip: sixteen great-grandchildren and sister-in-law, Janet. John was predeceased by his wife of 64 years, Clara Eileen (nee Collins) in 2010 and two sons, Bryce (2014) and Lorne (1958); his parents William and Anne, sisters Mary, Lena, Kay, Olga, their spouses, and his brother, Walter; Eileen’s parents, Charles and Martha Collins, and her brother and sister-in-law, Ross and Mabel Collins. John operated a mixed family farm, raising Black Angus cattle and was a leader in the Ridgeville 4-H Beef Club. He was an accomplished fiddle-player with a life-long love of music, enjoyed dancing, and over the years played in several bands. He worked at the Quarantine Station in Emerson, Department of Agriculture, for many years and then, for the Department of Public Works, Canada Customs. A member of St. Mary’s Anglican Church, John served as Rector’s Warden for many years. In later years, his love of gardening flourished. He grew a huge, bountiful garden of which he was very proud and always ready to share. The funeral service will be held Friday, January 10, 2020, at 2:00 p.m. at Zion Lutheran Church, Friedensthal, Manitoba. Interment will follow at Southridge Cemetery, Ridgeville. Our sincere thanks to the many friends and family for your prayers and support over the years and especially at this time. In lieu of flowers, donations in Dad’s memory may be made to a charity of one’s choice.