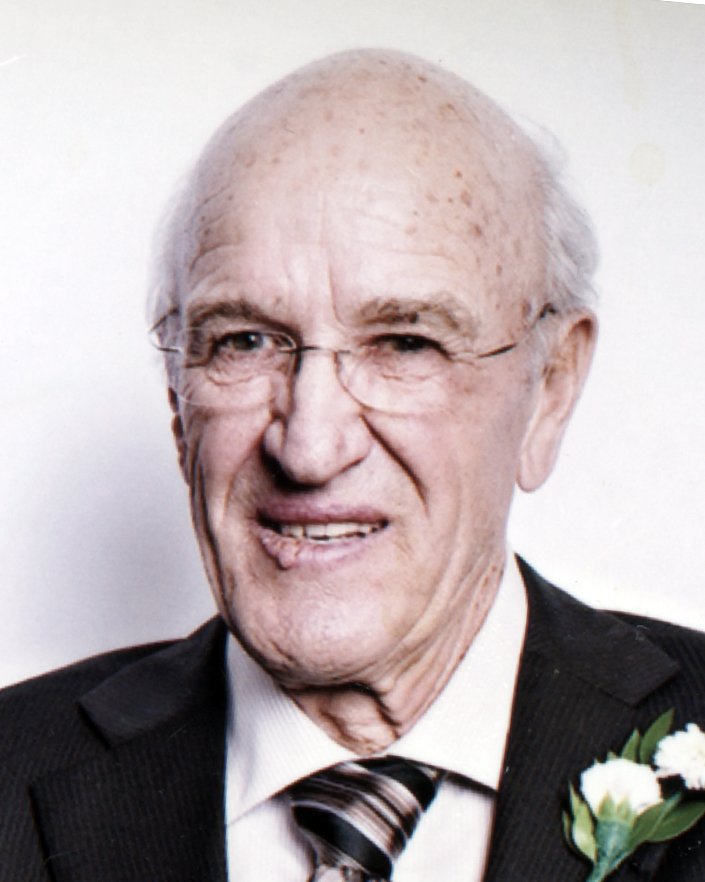 Please share a memory of Harold to include in a keepsake book for family and friends.
View Tribute Book
Peacefully, with his family near, Harold passed away at the Emerson Personal Care Home at 91 years of age. He was predeceased by his parents, Tom & Ruth Ostberg, Jessie Ostberg and, as he was an only child, his Ramsey sisters and brothers in-law. Harold is survived by his wife of 67 years, Doreen (Ramsey) Ostberg, their four children, daughter Vicki (Randy) Gushuliak, sons Randy (Lorraine), Mitch (Anna), Carl (Julie)and daughter-in-law Barb. Also, his ten grandchildren Lane (Jennifer), Ashley (Bru), Calee (Drew), Brett (Danielle), Haley (Garrett), Tia (Kevin), Alisha, Dylan (Lindsay), Macey (Nathan), Lexus and his five great-grandchildren Jack, Kaitlin, Ruby, Everly and Alex. Harold was born and raised on the family farm near Dominion City, MB, where he spent his life as a third generation grain farmer on land bought by his father and his grandfather. The land continues to be farmed by two of his sons and their children, making it a fifth generation farm. He went to school in Dominion City, however finished his education in Winnipeg where he graduated high school from St. John’s-Ravenscourt. He played hockey and got to know the city better during that time. Before returning home, he worked as a crew member for Lamb Air, loading cargo on and off planes and working the tractor train on winter supply trips up north, which is where he fell in love with the idea of flying. Harold and his father also spent several winters driving cab in Winnipeg for Grosvenor Taxi. They both got to know the streets of Winnipeg like the backs of their hands. Harold and Doreen were married on November 8, 1952 in Winnipeg, where they lived for a short time until they made the farm their home. The farm gave their kids and grandkids the freedom to roam, experiment and learn to drive everything. He patiently spent time teaching them, and others, to shift a standard car or even operate a complicated combine. Harold was a farmer at heart, but also made time for his other passions, hunting and flying. He and Doreen owned several planes in which he helped her and three children learn to fly. They flew extensively in Mexico, with a flying group, landing on dirt runways in the middle of small villages. They also flew across Canada and locally to check the drainage system on the farm and, of course, just for fun. Later, Harold and Doreen bought a 5th wheel and again travelled through Mexico, US and to Alaska, always with a dog along. Harold’s other passion was hunting with his crew for moose, deer, elk, caribou, antelope, ducks and geese, all of which became food for the family. He especially loved the colours of the mallard. When Harold was semi-retired, except during harvest, he came home with a boat one day. This led to a cabin on the Winnipeg River, near Kenora, which later was sold and upgraded to a new cabin on the Lake of Woods. He and Doreen spent time there hosting family and trying to catch fish. A farmer on the lake was not too common. Harold was always outside, either in the shop, walking the bush, or driving to check fields with one of his dogs at his side and later the grandkids too. He was an unassuming, easy going, gentle man who never had a bad word to say about anyone. He lived a full and interesting life and will be missed. A memorial service for Harold has been canceled at this time and will be rescheduled at a later date. The family wish to thank the staff of the Emerson Personal Care Home. They provided kind and dignified care that was very much appreciated. In-lieu of flowers, a donation may be made, in memory, to the Dominion City Community Hall or the Sturgeon Foundation.

Share Your Memory of
Harold
Upload Your Memory View All Memories
Be the first to upload a memory!
Share A Memory