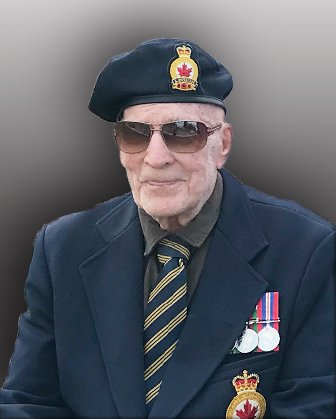 Please share a memory of John to include in a keepsake book for family and friends.
View Tribute Book
John “Jack” Maxwell Curran age 94, died peacefully on April 5, 2020 at the Morris Hospital. Jack will be missed by his surviving family, his son, Jay (Debbie) Curran and his two granddaughters, Alexandra and Nikki. He is predeceased in death by his wife, Ethel Rose, two brothers, Clifford and Glen and four sisters, Maxine, Edna May, Beverly Jean and Shirley. Jack was born in Dominion City, Manitoba on October 17, 1925 to parents Robert Franklin and Roseanne Curran. Jack served with the RCAF from 1942-1945. He returned home to Dominion City and farmed until his retirement. Jack married Ethel Rose Stringer on June 30, 1951. They continued to live in Dominion City where they raised their son Jay. Jack was an avid gardener and took great pride in his annual harvest. He also enjoyed curling, golfing, hunting and photography. Cremation has taken place and there will not be a funeral service at this time. If friends so desire, donations can be made to the Kyle Memorial Golf Course.