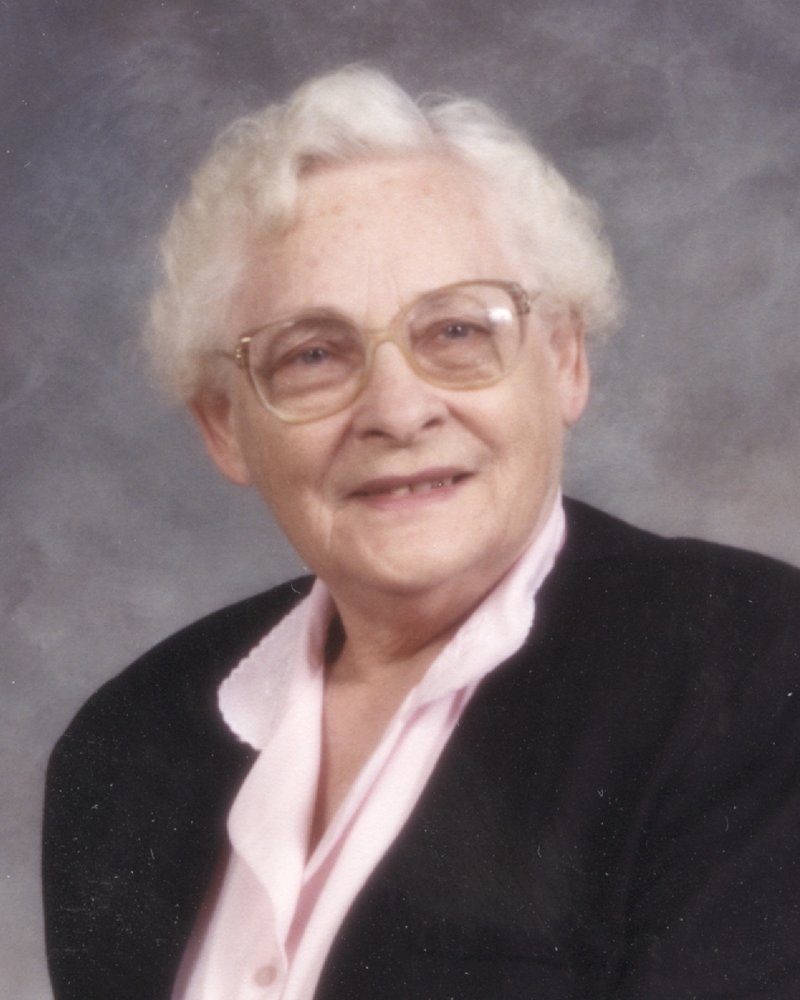 Please share a memory of Laura to include in a keepsake book for family and friends.
View Tribute Book
On Wednesday, August 5, 2020 at the Morris General Hospital, Laura Jahnke, aged 96 years, passed away peacefully. Laura is survived by her children: Dalaine (Andy), Allan, Dianne (Wayne) and Loren; seven grandchildren: Pam (Shane), Jennifer (Cameron), Kim (Ryan), Darcy, Marisa, Stephanie and Riley; six great grandchildren: Dylan, Fallyn, Kailyn, Lucas, Ben and Logan; three brothers: Walter (Ina), Harvey (Marion) and Arthur (Denise); one sister: Shirley Knip; in-laws: Hedy Mazinke, Elmer Blanchard and numerous nieces and nephews. Laura was predeceased by her parenst: Henry and Bertha Mazinke; two sisters: Ruth and Irene (Elmer Blanchard); one brother: Edward (Hedy); one brother-in-law: Peter Knip and one grandchild Matthew. Laura was born on October 29, 1923. She was raised on the family farm near Sewell, Manitoba. She moved to Winnipeg where she worked at Eaton’s for several years. Laura met Gerhard and were married on June 22, 1957. They raised four children on the family farm. Laura lived most of her life on the farm, including her later years. The many things she enjoyed was planting a garden, sewing, cooking and baking for her family. She enjoyed attending church and also taught Sunday School. Visiting family and going for car rides was something she loved to do. Any spare time she had was spent playing her favorite songs on the piano. The funeral service for Laura will be held at the Zion Lutheran Church in Friedensthal, on Thursday, August 13, 2020 at 2:00pm. Viewing will be held at the church prior to the funeral. Burial will take place at the Friedensthal Cemetery. The family would like to thank the Doctors, Nurses and staff of the Morris General Hospital for their care and kindness. Donations may be made in memory to the Zion Lutheran Church in Friedensthal.

Share Your Memory of
Laura
Upload Your Memory View All Memories
Be the first to upload a memory!
Share A Memory