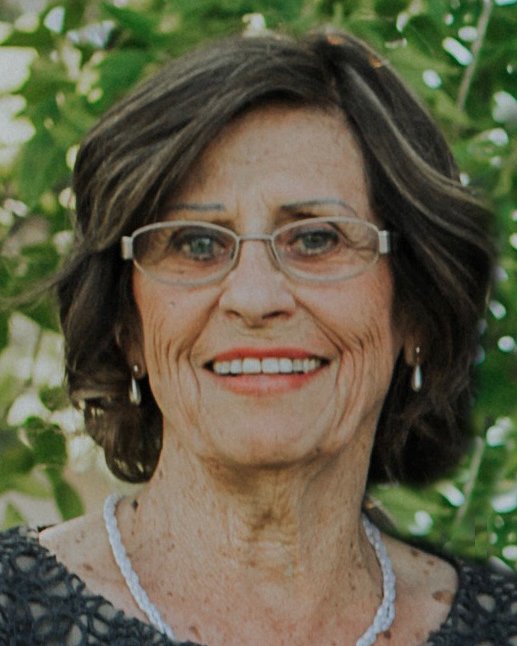 Please share a memory of Doreen to include in a keepsake book for family and friends.
View Tribute Book
September 26, 1932 - October 16, 2020 It is with sadness we announce the peaceful passing of our mother, Doreen, on October 16, 2020, at the age of 88 years, in the comfort of her own home on the farm in Dominion City, MB. In the last few months she was able to enjoy and be part of the family celebrations and gatherings that she would have otherwise missed had she not been at home. Mom was predeceased by our Dad, her husband of 67 years, Harold, who passed away this February, her parents, Les and Laura Ramsey, her in-laws Tom and Ruth Ostberg, and Jessie Ostberg, and, as the ‘last man left standing’, her 5 siblings, Lorne (Ruth), Lloyd (Clara), Jean (Norm), Ina (Ray) and Jack (Millie). Mom will be dearly missed by her four children and their spouses, daughter Vicki (Randy) Gushuliak, sons Randy (Lorraine), Mitch (Anna), Carl (Julie), and her daughter-in-law Barb; her ten grandchildren Lane (Jennifer), Ashley (Bru), Calee (Drew), Brett (Danielle), Haley (Garrett), Tia (Kevin), Alisha, Dylan (Lyndsay), Macey (Nathan), Lexus; and her five great-grandchildren, Jack, Kaitlin, Ruby, Alex and Everly. Her 6th great-grandchild is due to arrive in December. Mom was born and raised in Greenridge, MB. She taught herself to play piano and liked to sing. She left home early heading to the bright lights of Winnipeg where she shared an apartment with her cousin Phyllis. Her first job was as an usher at the Starland Theatre on Main, then later trained as a comptroller and worked at the Union Stockyards. Mom and Dad met at a school event in Dominion City. He was a track star and she thought he was handsome. They made a very attractive couple. Dad proposed and they married November 8, 1952, nearly 68 years ago, even though the engagement ring was almost lost, as the story goes. Once settled on the farm, Mom loved her life and her home. She raised her children there, cooked meals for hired men, grew a big garden and even drove grain trucks, when needed. Meals in the fields was the norm in those days. Later she spent fun times with her grandchildren, those living near and the rest coming to stay during the summers. Every grandchild has their own special memories of time with Grandma, including swimming lessons in town, garden snacking, bonfires, cattail torches, and of course, lunch on the roof. “It’s delicious...now eat it!” is a line you would hear in mom’s kitchen whenever a kid made a face at dinner, in other words don’t complain. Her oatmeal cookies, raspberry jam and strawberry shortcake were mainstays there. Mom volunteered many years for the DC Community Club, acting as treasurer and bingo coordinator, although she hardly ever played a game herself. She curled with the ladies and followed the bonspiel circuit with Dad. Mom supported Dad’s passion for flying, even going so far as getting her own pilots license. They flew their plane on many memorable adventures to Mexico with flying friends. Later, when it was time, they travelled the continent by truck and trailer, always with a dog in tow. Recent years were spent happily at their cabin in Kenora, fishing and boating with family. Mom was loving and caring, lively and strong. She was a beautiful woman and was happiest when she was with her family. We will miss her. Thank you to McKinley, Nikki and Lorraine, Mom’s caregivers, who helped to make this journey at home possible. Thank you also to the Emerson Personal Care Home for helping Mom to be comfortable during her time there. A family internment is being planned for a later date. Donations may be made in memory of Doreen to the Dominion City Community Club or the Sturgeon Foundation.

Share Your Memory of
Doreen
Upload Your Memory View All Memories
Be the first to upload a memory!
Share A Memory