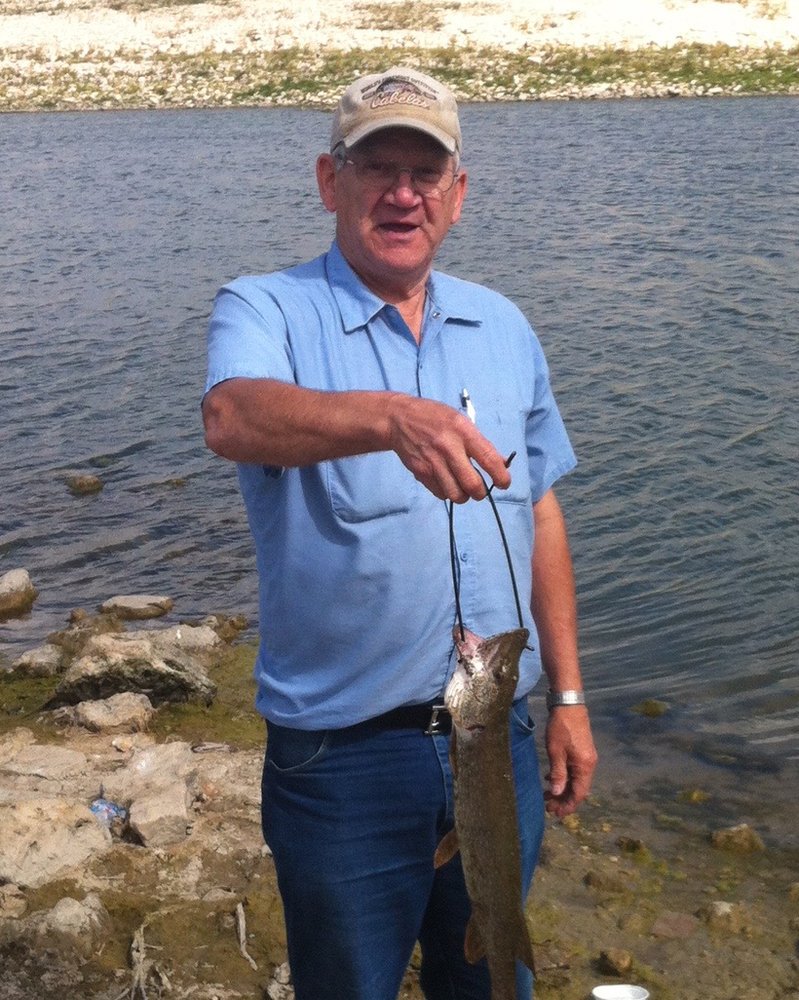 Please share a memory of David to include in a keepsake book for family and friends.
View Tribute Book
David Martens, age 75 years, of Morris, Manitoba, passed away peacefully at the Winkler Salem care home on December 15th, 2020 after a long battle with Dementia. He is survived by his Wife Helen of 54 years and Daughter Angela (David) Leslie, Daughter Dolores Third, Granddaughter Melissa (Joel) Simard, Grandson Nick Third, Two Great granddaughters Emily and Audrey Simard. Brother Peter (Susan) Martens, Sister Tina (Barry) Fontaine. David was predeceased by his Parents John and Agatha Martens, Brothers Frank and Johnny, son-in-law Bruce Third. As a young man David started his career working at Falcon Lake in summers as a teenager. Later he moved onto construction followed by a 30+ year career as a mechanic. On the side, he worked as a custodian at various facilities and also volunteered as a local firefighter. Not to mention he also helped with the building of the flood way. Needless to say he was quite the handy man. Dave loved the outdoors, whether he was hunting; fishing or camping with the family, you could usually find him outside. He was one of the nicest souls to every living thing. Well, except rodents. He was the family exterminator, our Mr. Fix it, and was always there to give you a big bear hug. People and puppies were his strong suit. Everyone always left his presence with a smile as one of his many great qualities was being a people pleaser. Always following through with acts of kindness, telling jokes, making silly faces or handing out treats. I think one of his missions in life was to make the world a happier place. Dave met the love of his life all the way back in 1965, when one day he decided to go to The Rosenort Cafe on his lunch break. There he locked eyes with his waitress and proceeded to ask her on a date. Fast forward one year and they got happily married on November 5th, 1966. Shortly after, their first born child was on the way! He was a family man who loved his two daughters with all his heart. Even after all 54 years of marriage, he was still very excited to see his wife every time she came to visit. He loved her forever and always. David will be greatly missed by all. We will always remember him. In lieu of flowers, donations can be made to Alzheimer’s Society of Manitoba or Salem Care Home. The family would like to thank all the staff at Salem for the care and support they have given him over the past couple of years. A video of the funeral will be posted below when it becomes available. Below is a slide show of pictures.