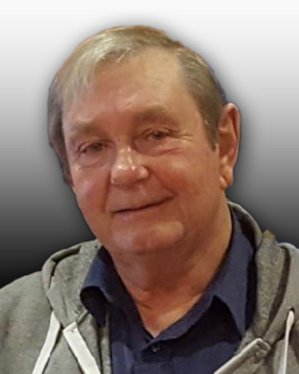 Please share a memory of Brian to include in a keepsake book for family and friends.
View Tribute Book
Brian passed away suddenly at home March 2, 2021 at the age of 69. Brian is survived by his wife Betty, 2 daughters Sherry (Chad) and Barb (Tyler) and his 2 four legged children Zoey and Holly. His grandkids Jaden, Willow and Chyler. Not forgetting the ones with 4 legs Riley, Olive, KC and Asta. He is also survived by his siblings Sharon (Mel), Keith (Cindy), Wayne (Michele) and Judy. Brian is predeceased by his father Nelson (Pat), Mother Emily (Steingram), Father- in-law Ernie, Mother- in-law Denise and brother-in law-George. Brian was born in Brandon, MB but moved to Winnipeg at young age. The family settled in St. James and there probably wasn’t a street in the area they didn’t live on. He met Betty through the Northwest mix bowling league. They married in 1972 and just celebrated their 48th year anniversary in December 2020. Together they raised 2 amazing daughters. Shortly after they were married, they took a chance and with no experience at all bought the Valley Drive In, a truck stop on Hwy 75 near Morris, MB. They built a very successful business and over the 7 years they were there, made many friendships with people across Canada and the US that are still going strong today. Over the years Brian worked for many auto repair shops. His first bosses were Wally Byrdie and Bob Squance located on Stafford St in Winnipeg. He also worked for Woody at the Petro Canada at Ferry & Ness, Gord at the Petro at Ellice and Route 90 among a couple others. Although, he seemed to always be drawn back to Wally & Bob’s. For a period of 7 years he ran his own shop out of our home and was very thankful to all the customers who supported us at that time. In September 2007, Brian moved out to the family farm in the Morris area and worked for Ryan at Rosenort Esso and then for Nathan at Motown Motors until finally retiring at 65. He enjoyed being a mechanic most times. When he had a problem he would never give up until he found the solution to it. Even when faced with his biggest problem yet, that damn 1978 Austin mini of Barb’s. He would help anyone who was in need, usually leaving his own work to do so. Anyone that knew Brian knew that music was his passion. He started playing bass in his teen years but as he grew older he didn’t have as much time to play as he would have liked to. He lost his way for a bit but a very special friend Bill, helped him through a difficult time which enabled him to reconnect with this passion. He along with friends Garry, Donnie and Jason created the Henry Street Band which held a special place in his heart. They spent many a weekend in Donnie’s garage out in Kenora playing anything and everything they could think to play. He cherished the friendships and memories he made out there. He volunteered his time doing the sound for the Sisters of the Holy Rock with Garry. His work with the sisters not only allowed him to travel Manitoba and meet a wide range of new people but also the ability to play with all the equipment. Nothing made him happier then needing to head out to Long and McQuade to look at the latest gadgets. It also didn’t hurt that after the performances, they would always go out for dinner and he would get to tell all those wonderful stories he was so famous for. Since moving back to Morris he became active at the Morris United Church, playing guitar with Allan Dickson and Linda Sommers 2 Sundays a month. This was his way of giving back to the community doing what he loved the most. In addition to playing at the church services, he was also on the board. After his dad passed away in 1994, he took his place operating the HAM radio at the Manitoba Marathon. Our father’s day tradition for the last 25 years has been to meet him at the Garwood Grill on Pembina Hwy for breakfast after he closed down his mile. For some of those years it was after his girls had waved at him when they ran past him on their way to the finish line. Due to the circumstances, no formal service will be held at this time. The family wishes to thank the first responders and RCMP in St. Pierre for doing everything they could and Brad from Birchwood Funeral Home. Big thanks to Corey at Morris Funeral Home for taking such good care of us and helping us through this difficult time. You cannot lose a person, only their body, for the rest of them can be found in your heart and mind. Donations can be made to the Humane Society as Brian had a huge soft spot for four legged furry friends.

Share Your Memory of
Brian
Upload Your Memory View All Memories
Be the first to upload a memory!
Share A Memory