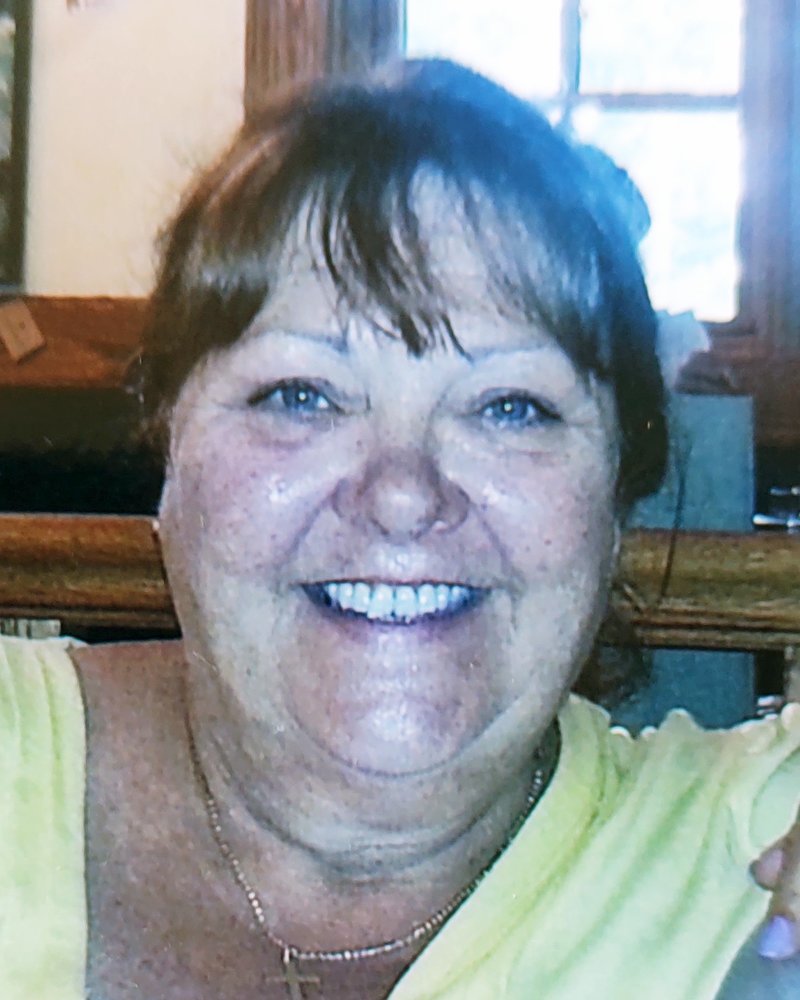 Please share a memory of Veronica to include in a keepsake book for family and friends.
View Tribute Book
It is with heavy hearts we share with you that in the early morning hours of May 6, 2021 the Lord whispered Veronica's name and she took his hand, passing away peacefully at Morris General Hospital with her husband Michael by her side. Veronica is survived by her husband of 42 years Michael, her mother Pearl, her children Josh and Jessica (Jason), her brothers and sisters in BC as well as many nieces, nephews and cousins in Manitoba, BC and Japan. She is predeceased by her father James. Veronica (Ronnie) was a "West Coast Girl" by birth and grew up in Surrey BC attending school at Princess Margaret Secondary School which is where she discovered her love of playing basketball and running track. A move to Manitoba and the purchase of a country home in 1986 brought the family to the open prairies of Osborne Manitoba. The endless blue skies, her bird friends, fresh garden veggies and oh yes, the chickens, quickly transformed her into a "Prairie Gal". Ronnie eagerly embraced country and community life. On any given Saturday you might find her at the arena coordinating the skating club or cheering football from the sidelines. Her love of children and their love of her led to a career in Early Childhood Education at nursery schools in Winnipeg, St. Adolph and Sanford. Later, many will remember how her bigger than life character shone on stage at the Domain Dinner Theatre portraying countless characters in the productions throughout the years. Her attitude was always to move onward, never allowing little things to become big issues. She fought her cancer diagnosis with immense courage, strength and dignity, and despite many set backs she never complained. She never felt sorry for herself. Instead she chose to live each day appreciating life, finding beauty in little things and the humor in absolutely everything. Embracing each new day, her heart filled with love and gratitude for her family and friends, she was rarely seen without her trademark ear-to-ear smile that lit up the room. Ronnie is one of the most beautiful spirits any of us will ever have the pleasure of knowing and though she has left this earth, her unwavering faith and love for her family, friends and community are her legacy and are what will keep her spirit and memory alive for years to come. Her infectious personality, nurturing nature and endearing friendship will be deeply missed by her community of faith in Avonlea United Church in Domain, her Women's Bible Study Group, the Domain's Women's Institute and Domain Legion # 208. We want to thank her friends, her community and her doctors and nurses for all of your love and support throughout the years. We know you touched her life as much as she touched yours. Veronica will be laid to rest in Avonlea Cemetery in Domain Manitoba with a service to be held at a later date. In lieu of flowers donations can be made to the Canadian Cancer Society.

Share Your Memory of
Veronica
Upload Your Memory View All Memories
Be the first to upload a memory!
Share A Memory