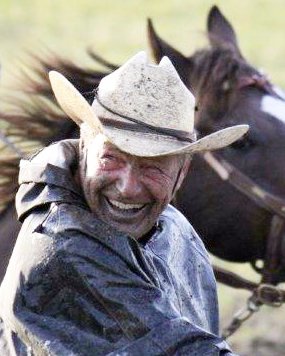 Please share a memory of Donald to include in a keepsake book for family and friends.
View Tribute Book
It is with heavy hearts we announce the passing of our beloved Husband, father, grandpa, brother and friend Donald James Harder on Friday, July 2, 2021, at the age of 69 years.  Don will be lovingly remembered by his wife and best friend of 19 years Shannon and his son Darcey (Linda) and their children Lily and Liam, daughter Tammy (Bill) and their children Matthew and Katie (Adam), stepsons Brett and Tyler (Heidi) and father-in-law Jim. Don will also be fondly remembered by his brothers and sisters Elaine, Marjorie, Ken (Sandra), Marianne, Elmer, Darlene (George) and brother-in-law Craig. He was predeceased by his Father Cornelius and Mother Agatha. Don will also be forever remembered by his nieces, nephews, extended family and dear friends. Don was born in Morris Manitoba on May 13th, 1952.  He was the second oldest child of the seven Harder children.  There were many great adventures for this bunch. The Harder children were very musical and had a family band.  At the age of 16 he left the family home to venture off to Texas with Mackenzie Custom Harvesting. Upon his return he would have various jobs locally in town trying to figure out his path in life. Don married Elsie (Driedger) in 1971, starting their family with son Darcey in 1972 and daughter Tammy in 1974 completing their family. His next adventure would be working at Red River Construction. This is where he started gaining valuable experience in the construction industries. He even had the opportunity to head to Trinidad to start a racetrack with his lifelong friend Elgin Bell. After this once in a lifetime experience, he decided to set out on his own and start a business Don’s excavating. Maple Leaf Construction would be his next place of employment for many years while his children were being raised. Long hours and being away from home would change his career path to bring him back to Morris as the Public Works Supervisor of the RM of Morris. He would become a grandpa in 1997 when Matthew was born, followed by Katie in 1999, Lily 2003 & Liam 2006. These grandchildren would bring him so much joy and great memories. During this time, his life would take another direction in 2002, where he would meet the love of his life and forever partner Shannon. He would officially expand his family in 2003 with two more step-children Brett and Tyler. After taking early retirement at the RM of Morris he had the opportunity to join forces with his daughter Tammy & son-in-law Bill with Easy Street Landscaping. This lasted until the Municipality would ask him for his expertise for another 5 years.  Once officially retiring from the municipality he would work for his long-time friend Roger at Lavallee Gravel till a week before his diagnosis of stage 4 cancer. Although hard work was such a big part of Don’s life; his real passion was thoroughbred racehorses. In 1967, at the age of 15, he helped train horses with Leo Bergstresser and that was the start of his outrider career with the thoroughbred chuckwagons.  In 1970, he joined forces with R.J. and Elgin Bell.  With the Bells, Don was a chuckwagon outrider who also raced thoroughbred chariots and suicide Ben Hur chariots. They raced many locations throughout Manitoba, Saskatchewan, Ontario, and Alberta but home at the Big M Stampede in Morris was his favorite place to be. Don had the opportunity to participate at the Calgary Stampede twice as an outrider when Leo Bergstresser and the Bells qualified there.  His involvement with racing has spanned from the years 1967 to 1990 and then from 2001 to 2017. In 1977 and 1979 Don received two trophy rifles for “Best Dressed Ben Hur”.  Don was a Valley Agricultural Society Director on the Rodeo Committee from 1987 to 2004.  He was twice named the Ag Society’s “Volunteer of the Year”.  He was a member of the Morris Volunteer Ambulance, Fire Department, and Red River Game and Fish. He was also a bus driver not only for his son’s hockey teams, but the local junior/senior teams alike. In lieu of flowers, the family asks that donations be made to Valley Ag Society, or Cancer Care Manitoba in his honour. A family memorial service will take place at the Manitoba Stampede Grounds at 11:00AM July 10th, 2021. A video of the service will be made available with a link below this obituary (link will be available the evening of July 10th).

Share Your Memory of
Donald
Upload Your Memory View All Memories
Be the first to upload a memory!
Share A Memory