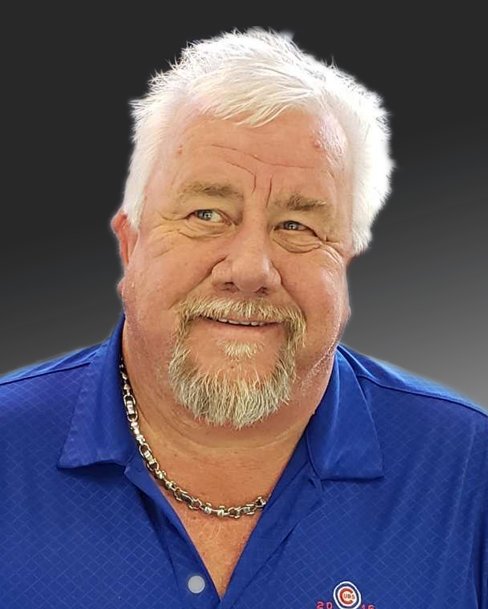 Please share a memory of William to include in a keepsake book for family and friends.
View Tribute Book
Bill passed away peacefully on July 26, 2021 at home at the age of 62, surrounded by family. Bill is survived by his loving wife, Deb, daughter Lacey, (Julien) son Colby and puppy Cookie. Bill is predeceased by his parents Paul and Myrtle and his brother Murray. Bill discovered his passion for trucking at the early age of 17, when he started hauling gravel. A year later he started driving a semi into the states. In the summer of 1980, Bill and his dad Paul purchased a black longnose freightliner together. In 1983, he bought his own Kenworth which he drove for 10 years. In 1989, after his daughter Lacey was born, he started managing and working in the shop. Eventually Bill started working in the office and dispatching grain trucks. As the company grew, they switched from grain trailers to vans and reefers. Bill worked in the office for over 30 years dispatching and comanaging the company. In 2000, there was a transition as Bill and his brothers Kerry and Tracy took over Paul Brandt Trucking. Bill was a natural leader who also had compassion. One of his most important traits was his strength in relationships with the drivers and employees. He always took time to visit with them and took an interest in them personally. Bill’s presence in the office is going to be greatly missed, especially by his wife and daughter who worked with him. In the summer of 1983,Bill met the love of his life, Deb. Bill would pick up Deb in Grandview with a semi and take her along on truck trips. They got married on July 21st 1984. They had many fun adventures together. Deb continued to ride in the truck with Bill for five years until their first child Lacey was born. three years later they had a son, Colby. Bill had a passion for golf. Over the past few years, he golfed more than 100 rounds a summer with his favorite partners Colby and Doug. Bill played many courses throughout North America, Torrey Pines, King’s Walk, Morden and Roland to name a few. In the summer of 2020, Bill reached a milestone with his fourth hole in one. In 2010, Bill went to the Masters with his friend Dan. It was a very memorable experience. Bill loved football. He had season tickets with his brother Tracy, and would drive down to Minneapolis to watch games. Bill turned his family into Vikings fans with his intense passion for the team. He took his family to many games. Anyone who went to a game with him probably has hearing loss in one ear. Bill got to witness the Minneapolis miracle live. It was his all-time favorite Vikings game. Bill and Deb had the privilege of attending the 2018 Super bowl thanks to Bill’s generous siblings. Unfortunately, the Vikings didn’t make the Super bowl, but Bill go to sit next to one of his favorite Vikings players, Linval Joseph. Bill also took Colby to Charlotte, NC so Colby could see his favorite team, the Panthers in a playoff game. Bill generously took his family on many vacations. Some of the most memorable include trips to the east and west coasts of Canada/US, Dominican Republic and Florida. In 2016, Bill started taking his family on trips to Mesa, AZ every winter and spring. They attended many sporting events and Bill spent as much free time as possible on the golf course. Bill made friends everywhere he went. Whether it was a stranger on top of a lookout tower, or a professional football player in the lobby of the Hilton. Everyone was equal and a potential friend to Bill. Bill was an amazing man who will be dearly missed by all who knew him. There will be a private funeral service held at a later date. The family wishes to thank all the medical professionals in CancerCare and palliative care, as well as family and friends for their love and ongoing support. In lieu of flowers donations may be made in memory of Bill to CancerCare Manitoba. A book of condolence for sharing memories is available for signing at Paul Brandt Trucking for those in the trucking industry.

Share Your Memory of
William
Upload Your Memory View All Memories
Be the first to upload a memory!
Share A Memory