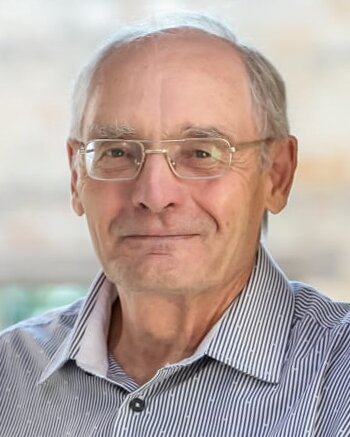 Please share a memory of Lloyd to include in a keepsake book for family and friends.
View Tribute Book
It is with great sadness that we announce the passing of Lloyd Allen Rhymer on September 15, 2021 at the Morris General Hospital at the age of 80 years old. He is survived by his loving wife Wallie (nee Werth) of 47 years, son James (Camille) Rhymer, grandchildren Hailey and Amanda, daughter Julie (Alan) Stack, grandchildren Sophie and Rory, and daughter Jillian (Myron) Krahn, grandchildren Cadence and Keira. Lloyd was born on January 30, 1941 to Katherine and John Rhymer at the St. Boniface Hospital in Winnipeg. He grew up on the family farm with his parents and four siblings; Don, Ken, Marlene and Wayne. Lloyd attended many neighbouring schools including the Neighbourhood School, Osbourne School, Morris School, Domain School and completed his high school diploma at SteAgathe School. Following school, Lloyd continued his passion for farming and farmed alongside his family. During the winter months, he worked as a miner, for Toastmaster Bread Co. and as a drywaller. Lloyd and Wallie met at the German Club in Winnipeg, fell in love and were married on July 5, 1974. They built a new homestead a few miles from Lloyd’s family farm in the Red River Valley near Rosenort. Here they raised their three children and continued to farm. He worked long and hard all of his life following his dream. In 2001, Lloyd and Wallieretired from farming and moved to Easy Street in Winnipeg. Even living in the city, Lloyd still carried on his passion for farming and loved to drive out to the farm to help out his son during harvest. Lloyd lived every day of his life with integrity, determination, resilience, kindness and love. He was an incredible husband, father, grandfather and friend and let us know every day, through his actions and words, just how much he loved us. Lloyd was a farmer through and through. It was in his blood; a part of his history and it is one of his greatest legacies. His strongly planted Manitoban roots instilled in him a love of old-school country music, vintage farm machinery and hockey. He took pleasure in building and fixing things, writing poetry, reading, sketching and painting. Although he loved calling Manitoba home, he also sought adventures further afield. He enjoyed many North American road trips as well as exotic travels such as visiting the pyramids in Egypt, driving through the mountains in Oman, desert safaris in Dubai, taking in historic sites in Europe, listening to Celtic music in the Irish countryside… and more. He got around, he did a lot, and he set the bar high. He is a true inspiration to his children, his grandchildren and to all who loved him. He will be greatly missed, but we know that he will be with us as we continue to walk this journey of life. In a quote from one of Lloyd’s poems, “Life is like a Journey, from spring time to fall, we travel a full circle, till God gives us a call”. A graveside funeral will be held Saturday, September 18, 2021 at 10:00 am at the Morris Cemetery. In lieu of flowers, donations can be made to the MS Society of Manitoba.

Share Your Memory of
Lloyd
Upload Your Memory View All Memories
Be the first to upload a memory!
Share A Memory