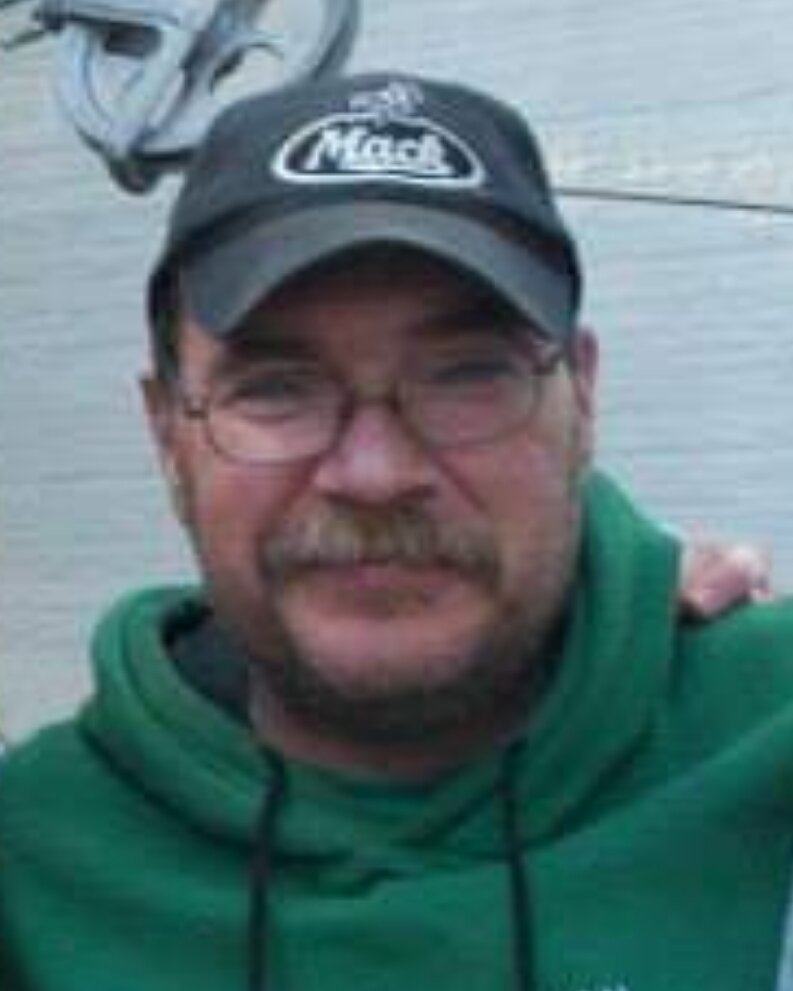 Please share a memory of Richard to include in a keepsake book for family and friends.
View Tribute Book
Following a lengthy illness Rick passed away November 11, 2021 at his home in St. Jean-Baptiste at the age of 50 years. Rick is survived by his father Sylvester Stadnyk; his siblings Chris Stadnyk, Tracy (Mark) Bergen; his children: Richard (Lindsay) Lesage, Belinda (Andy) Dennis, Michelle Lesage, Dylan (Anna) Lesage, Cody (Andria) Charette, and Ryan Paul; four grandchildren whom he adored: Leisha, Grady, Jett, and Madelyn. Rick was predeceased by his mother Linda Stadnyk (nee Charette). Rick spent the majority of his life driving truck long-haul and challenging Northern Manitoba winter roads. He was proud to have worked alongside the ice road trucker’s crew. He enjoyed bringing his children on the road with him to make memories. Rick had a passion for football and was a huge fan of the Saskatchewan Roughriders. Some of Rick’s hobbies included collecting various antique items and stripping copper wire. Old country music and the TV shows “Mash” and “Duke’s of Hazard” were some of Rick’s favorite pastimes. Rick was well known for his witty sense of humor and sarcasm. He had a knack for making people laugh. A private graveside funeral will be held Saturday, November 27, 2021 at the St. Malo Cemetery. The family wishes to thank the nurses at the Boundary Trails Dialyses Unit, and the Dialysis Transport driver Nick. Donations in memory of Rick may be made to the Heart & Stroke Foundation or Addictions Foundation of Manitoba.

Share Your Memory of
Richard
Upload Your Memory View All Memories
Be the first to upload a memory!
Share A Memory