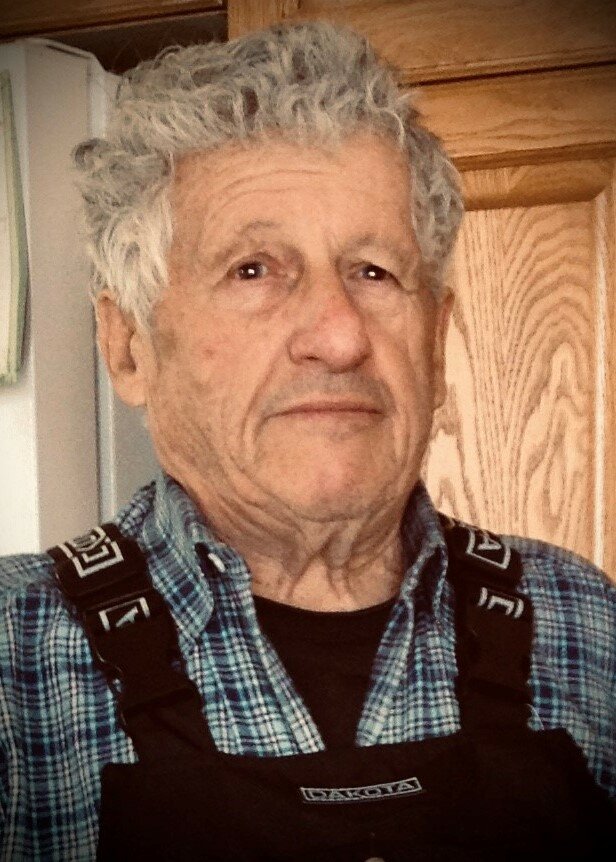 Please share a memory of Paul to include in a keepsake book for family and friends.
View Tribute Book
Our dad, grandfather and great-grandfather, Paul passed away peacefully on January 13, 2022. “Tit (petit) – Paul” entered this world on October 23, 1930, a son of Francois Landry and Ismeria Labelle, and the second youngest in a family of eight children. His journey began by being incubated in a shoe box, in a wood stove on River Lot 330, RM of Montcalm. His smaller stature however was not an indication of the character he was to become, as he fought hard for everything he attained and pushed his body to its limits his entire life. He was most proud of his beloved farm (the land and cattle) and lived most of his 91 years on the family farm east of Morris. While growing up, the abundance of work on the farm shaped his work ethic and love of the land. As a young man in the 1950s he worked on the DEW-Line in northern Manitoba and had many stories of trudging through deep snow and sleeping under the stars. When he returned home, he caught the attention of Georgette Carriere who was smitten by his one-of-a kind character, movie star hair, and his Harley Davidson. They married in 1961 when Dad worked for American Cattle Breeders. It was not until the 1970s that he took the plunge and bought the family farm and other surrounding acreages. Dad and Mom worked tirelessly on the farm, but it was never “work” in that sense, but a lifestyle that was built. When things needed fixing, dad was famous for his innovative use of baler twine and barbed wire. Each of the cattle and all other animals on the farm for that matter had a name, the horses were adored and the numerous other animals who wandered on to the property turned into pets, especially the ones who were most disadvantaged. The farm was a place where family and friends stopped by for a coffee or a beer around the kitchen table. It did not matter what time of day or day of the week – invitations were never given nor needed. It was around the kitchen table that Dad would hold court and recant many of his life stories and experiences, much to the delight of their numerous visitors. He was a natural storyteller, holding the rapt attention of his audiences, leaving them in stitches and yearning for more. In 2014, Dad lost mom after 53 years of marriage, but persevered on the farm. We knew there was no place that he would rather be – the love of the land and animals ran through his veins. He leaves behind his family to cherish his memory and unique character: Melody, Danielle (Gabriel), Tracy (Perry); grandchildren, Holly (Charlie), Derek (Jess), Lindsay (Josh) and Kristin, as well as six great grandchildren, Lucinda, Harlow, Townes, Blakely, Jimi, and Hayes. His grandchildren remember him as their “stubborn but funny, hardworking but bossy, cheerleader and challenger” of a grandfather. Grandpa provided the biggest playground for them to explore and to learn from. Minibike rides, bare back horse riding, searching the barn for kittens and bottle-feeding calves were just some of the experiences that shaped them all into well rounded, animal loving and grounded people. Dad has gone to be with his love Georgie, his family and friends, and his ever-faithful sidekick Tuffy, the terrier. Put on your cowboy boots, pour yourself a beer and gather everyone around your kitchen table in the sky to tell your stories or play a few hands of cribbage. You have worked hard and put many miles on those short legs. You came into this world and left on your own terms; you would not have had it any other way. Your work on earth is done. As per his wishes, cremation has taken place and there will be a private family interment. A celebration of life involving family and close friends will be held at a later date.

Share Your Memory of
Paul
Upload Your Memory View All Memories
Be the first to upload a memory!
Share A Memory