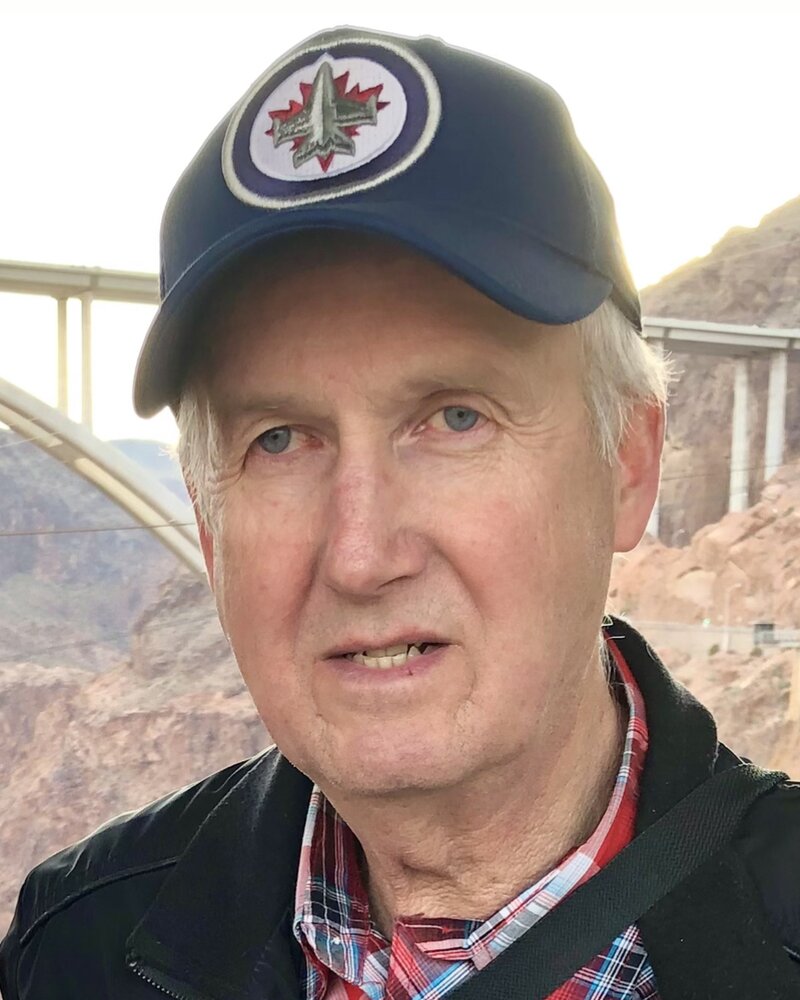 Please share a memory of Wayne to include in a keepsake book for family and friends.
View Tribute Book
It is with great sadness that we announce the passing of Wayne Bevington Rhymer at the age of 67 years old from an accident in the R.M. of Morris on Friday, April 15th, 2022. He is survived by his loving wife Delanie (nee Earl), daughters Katie (Andrew) Overby, and Jennifer Rhymer, and grandson Connor Overby. Born in Winnipeg, Manitoba at the St. Boniface Hospital on May 10, 1954 to his now deceased parents John and Katherine Rhymer. Wayne grew up on the family farm with his three brothers, Don, Ken and Lloyd and sister Marlene. Wayne was the youngest sibling. He remained on the family homestead and continued to farm with his brothers and then individually with his wife. He loved the farm and the land. It’s what made him who he was. He was a hard working, do-it-yourself, jack-of-all trades man who earned everything he got in life and kept that mindset until the day he met his creator. There was never a job he didn’t think he couldn’t do. He passed that mentality down to his daughters. He said, the word “can’t” should never be in your vocabulary and to unhook the “T”. He did a lot of trade work in his younger years, which included carpentry, electrical, mechanics, and welding which came in handy for everyday farm life. Wayne and his wife of 36 years retired from farming in 2009. He kept himself busy with numerous on going projects around the farm and he greatly enjoyed planting and harvesting his big vegetable garden every year. Wayne had a sense of humor that many didn’t get to witness but he enjoyed joking around and being silly. He made everyday life fun and it always put a smile on his family’s faces. He was also a passionate Winnipeg Jets and Blue Bomber fan and watched every game religiously. He loved to travel across the U.S. by vehicle and take his family on long road trips almost every March. A lot of the time the road trips would involve following the Winnipeg Jets to a hand full of away games somewhere down south. We were a very close family. Wayne became a first time grandfather on March 13, 2021 to his grandson Connor who he loved immensely and the love was clearly mutual when they got to be reunited. It was so special to watch him be a grandfather. Most importantly, Wayne was a Godly man and instilled the importance of faith in his daughters at a young age. He always had his family interest at heart. Wayne was a strong, compassionate, determined, resilient and loving man. He will be missed beyond measure and was loved so deeply by his family but we know he’s watching over us as we navigate life without him. Wayne is predeceased by his parents, brother: Lloyd Rhymer, and brother-in-law: Jack Wiens. We would like to thank the first responders at the scene of the accident and the Morris Funeral Home for making arrangements. A private memorial service will be held at a later date in Morris. In lieu of flowers, donations can be made to Fighting Blindness Canada. (www.fightingblindness.ca)

Share Your Memory of
Wayne
Upload Your Memory View All Memories
Be the first to upload a memory!
Share A Memory