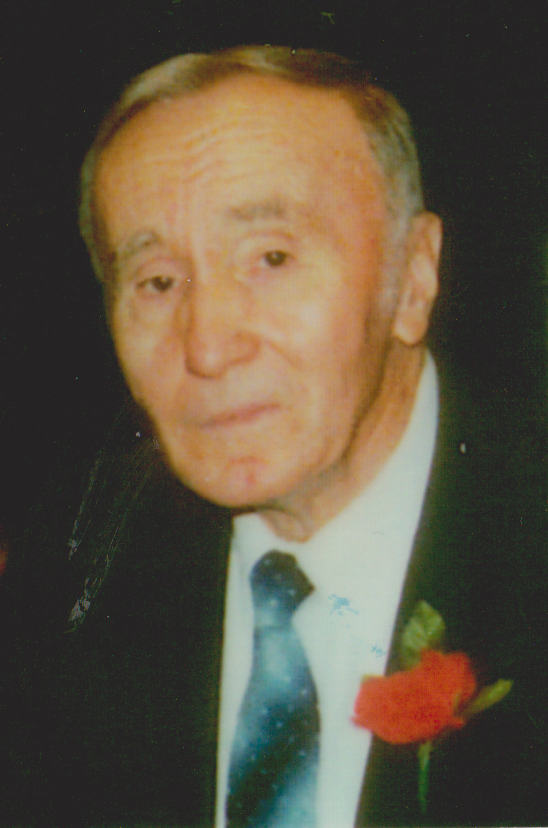 Please share a memory of Nick to include in a keepsake book for family and friends.
View Tribute Book
In the morning of May 7, 2022, our beloved dad, Nick K. Friesen went to be with the Lord. He passed away at the Morris General Hospital. Nick is survived by two sons: Louis (Diane) and Dale (Melody), three sisters: Betty, Elsie and Annie, two brothers: Ted and Peter; two sisters-in-law: Margaret Kroeker and Helen Kroeker. He was predeceased by his wife Susie, parents Peter and Mary Friesen; brothers: Dave and Harvey; sisters: Dora and Kathy. Dad was born on June 15, 1923 in Morris, Manitoba. He attended Rosenhoff North School with Geography being his favorite subject. Dad married his sweetheart Susie Kroeker on August 11, 1957. They started farming near Riverside on the farm dad had purchased prior to marriage. In addition to the small grain farm and raising hogs, dad had various jobs over the years to augment their income. Some of these jobs included construction, like building the school in Carman, moving for Harms Bros Movers, Glendale Mobile Home Factory in Morris and many years of Custodial work as a janitor for the local high school and church. Dad had numerous interests he was always listening and watching the news to see what was happening in our world, country, city, and the local communities. He was also as avid reader of the Bible, Christian books, Biographies, Time and National Geographic magazines, and many news papers. Meeting and visiting people, this was probably the most enjoyable thing for dad. He also liked to follow NHL Hockey, I remember him telling me when he was a young boy he had a simple crystal radio set, which he would take into a closet and then beg his mom to try and keep the younger children quiet enough so he could listen to the Toronto Maple Leaf games. Travel was also something dad really enjoyed, having been to every country in Central America numerous times, also Mexico and many US States and provinces in Canada. All trips to Central America were through dad’s involvement as a Chairman of the EMC Board of Missions. Dad also served many years as a minister and Bible Study leader. He took his faith commitment very serious. As dad got older his way of serving changed. After his preaching days and being a Bible Study Leader ended he looked for other ways to encourage others. He started sending out birthday and Thinking of You and encouragement cards and especially to those who he thought probably received very few. He also made great use of the telephone and called many people to see how things were going for them, show interest in them and their families and offer an encouraging word. I was reading one of his diaries and was greatly surprised by the amount of people he had called. Dad enjoyed good health most of his life, although when he started to lose his eyesight this was a huge blow to his love of reading. He bought a large expensive magnifying machine which enabled him to greatly increase the size of the print to the point of being able to read up till a few years ago. One day he told me that this piece of equipment was the most valuable thing he owned. On April 16, 2022 he had a mild heart attack and was hospitalized the first few weeks in Winkler and then transferred to Morris where he remained until his passing. We would like to sincerely thank the Heritage 24/7 staff, the homecare workers and all doctors and nurses in Winkler and Morris for your excellent care and kindness shown to our dad. We would also like to say a big thank you to all family and friends who have called, visited or picked dad up over the years. Dad we rejoice with you in your new address and we will forever love and miss you. A private family service will be held at the Rosenort EMC, with burial at the Rosenort EMC Cemetery. A video of the funeral service will be made available later in the week.

Share Your Memory of
Nick
Upload Your Memory View All Memories
Be the first to upload a memory!
Share A Memory