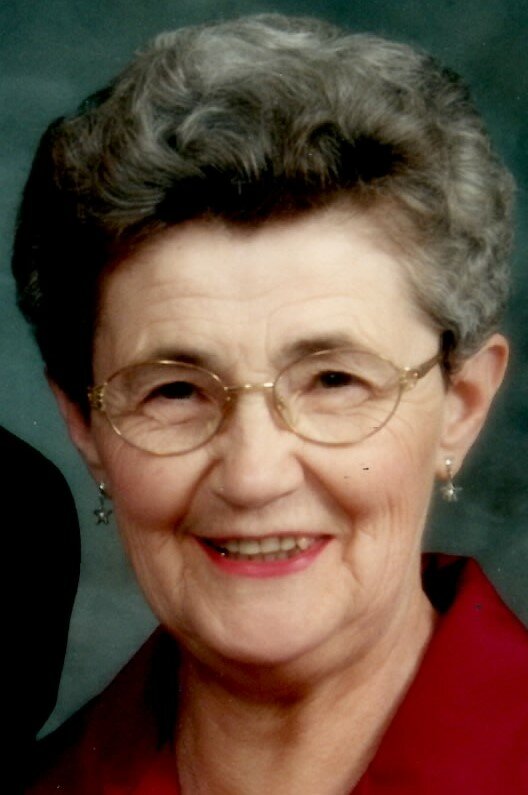 Please share a memory of Élise to include in a keepsake book for family and friends.
View Tribute Book
Peacefully, Élise Ayotte passed away at ActionMarguerite St. Vital in Winnipeg. Left to cherish her memory are her three children: Louise (Glenn Zaretski), Guy (Suzanne née Brais) and Gaétan (Karen O’Gorman); eight grand-children: Alex Ayotte (Diana née Dearborne), Guillaume Ayotte (Patricia née Fleming), Geneviève (Gilles Beaudette), Antoinette (Kristian Probe), Antoine Ayotte (Cailin née Lambert), Sara Ayotte, Sébastienne (Erro Halbleib), and Jan-Gabriel Zaretski; and fourteen great grand-children: Riley, Brady, Serenity, Quinton, Asher, Abigail, Isadora, Leanna, Christian, Mason, Elliott, Faustina, Emmerick and Damian. She is also survived by two sisters, Corine (Léon Bouchard, late) and Reine Cormier (Bernie Chrusch, late) and two sisters-in-law, Léonne Marion (Denis) and Viviane (Paul Walker, late). Élise was predeceased by her husband Rhéal Ayotte, a grandson Russell Zaretski, her parents, Marcel and Blanche (née Lapalisse) Brémaud; her siblings and their spouses Henri (Marguerite), Marc (Ange-Aimée), Julien (Marie-Ange), Adèle (Jacques Péloquin), Sister Angèle, s.g.m., Brother Fernand, Cistercian monk, Edith (baby), Laure Champagne as well as her in-laws Wilfrid and Antoinette (née Péloquin) Ayotte, Laurette (Jules Lambert), Gisèle Ayotte, Lucien Ayotte, and Léon Ayotte. Élise was born on the family farm in Ste. Agathe, Manitoba in 1932. Élise attended St. Charles Convent and School where she was a student and boarder from 1939 to 1948. While at St. Charles, she met two other students who became like sisters to her; Cecilia Rosche and Phyllis Heron would go back to the Brémaud farm in Ste. Agathe with her for Christmas and summer holidays. Élise finished high school in Ste. Agathe, boarding during the week and returning home weekends. In 1952 she completed her studies at Normal School in Tuxedo, Manitoba. The newly minted teacher began her career at Youville School in September 1952, a one room school on the east side of the Red River, which was part of St. Jean Baptiste, Manitoba. That same year, she met Rhéal. Their marriage lasted 58 years till Rhéal’s passing in 2014.They lived most of their married life on the family farm in St. Jean Baptiste though they did spend from 1957 to 1960 in Kenora, Ontario before buying the family farm. Except for the birth of her children, continuing her education in resource teaching, and their first trip as volunteers in Zambia, Élise taught until her retirement in 1990. That same year, Élise and Rhéal sold their farm to their son Guy and his wife Suzanne. The farmyard accommodated both households and the grandparents thoroughly enjoyed daily contact with their grandchildren. Élise loved music from traditional French folk songs of “La Bonne Chanson” to singer-songwriters like Gilles Vigneault and musicals like The Sound of Music. Not surprisingly, she was the choir director at the St. Jean Baptiste Roman Catholic Church for over fifteen years. Élise and Rhéal returned to Zambia in 1991 for a two-year contract. Élise taught sewing to the women but first Rhéal had to repair and tune up the donated sewing machines. Élise also taught basic hygiene classes to the women of the area. Élise and Rhéal had time to enjoy their grandchildren, supporting them whenever possible. They also had many opportunities to travel in Canada, the United States, France, Italy, Holland, Zambia, Tanzania and Malawi. Heavy flooding in 1966 had created terrible setbacks for Elise and Rhéal. Clean up, repairs and raising buildings were huge undertakings that took several years to complete. In 1997, flood waters rose once again and destroyed the foundation of the house, forcing Élise and Rhéal to relocate once and for all outside the flood zone. They moved to St. Joseph, Manitoba until 2011 when they decided to move to Villa Aulneau, an assisted living residence in Winnipeg. Upon Rhéal’s passing in 2014, Élise moved to supportive housing in the Des Pins Residence until 2017, when she moved to ActionMarguerite St. Vital. The funeral mass will be on Wednesday, October 12, 2022, at 11:00 am at the St. Joseph Roman Catholic Church, St. Joseph, Manitoba. Viewing will begin at 10:00 am.

Share Your Memory of
Élise
Upload Your Memory View All Memories
Be the first to upload a memory!
Share A Memory