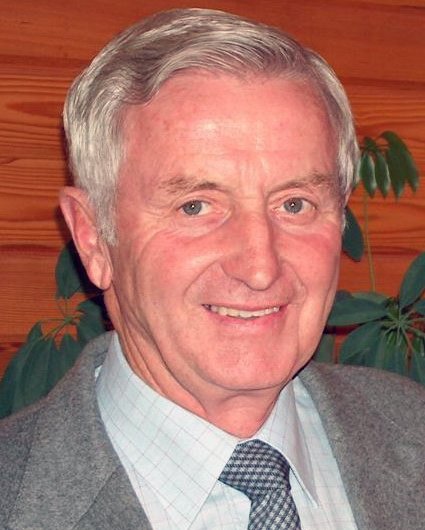 Please share a memory of Gilbert to include in a keepsake book for family and friends.
View Tribute Book
Peacefully with his family by his side our father, grandfather and great-grandfather, Gilbert Fontaine passed away on January 7, 2020, at the Emerson Health Centre at the age 84 years. He is survived by his wife Louise (neeTrudeau), three sons: Roger (Tess), Gaetan (Roxanne), Michel (Diane), three step sons: Robert (Rachelle), Denis (Patsy), Michel, one daughter-in-law (Aase), six sisters and numerous grand and great grandchildren. He was predeceased by his parents Gaspard &Marcelline Fontaine, first wife Yvette (Marion), one sister Gaetane and one stepson Marc. Dad was born in Letellier, Manitoba in 1935, was raised on a farm and farmed all his life. Dad was a hard worker. He was involved in numerous local committees such as Equipment Manager for the Letellier Blues hockey team in his younger days, Paroisse St-Pie de Letellier, Knights of Columbus Council #5413, Caisse Populaire de Letellier and served on both the local & provincial boards of the Manitoba Sugar Beet Producers Association. One of Gilbert’s favorite hobbies was searching for and restoring military vehicles such as Jeeps and Half-Tracks. He became an active member of the Ghost Squadron taking part in parades and Remembrance Day Ceremonies. Dad had zest for life, a great sense of humor and enjoyed travelling. The funeral service will be held on Saturday, January 18, 2020 at 1:30pm at the St. Jean-Baptiste Roman Catholic Church. Inurnment will take place at a later date at' the Letellier Cemetery. The family wishes to thank the Emerson Health Centre staff for their wonderful care of our Dad over the past 4 ½ years. Donations may be made to the Emerson Health Centre in Memory of Gilbert Fontaine.

Share Your Memory of
Gilbert
Upload Your Memory View All Memories
Be the first to upload a memory!
Share A Memory