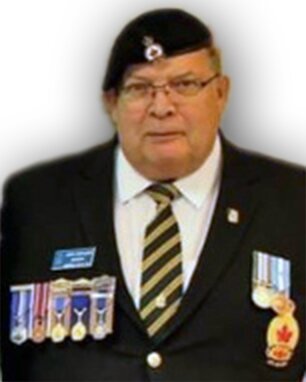 Please share a memory of Jean to include in a keepsake book for family and friends.
View Tribute Book
It is with great sadness that we announce the passing of our dear father, grandfather, brother, uncle and friend, Jean Catellier, on Thursday, December 16th, 2021 at the St. Boniface General Hospital at the age of 79 years. Jean is survived by his daughter, Susan Catellier (Sam); sisters, Jeannette Gosselin (Jules) and Denise Holloway (Brian) and brothers, Marcel Catellier and Luc Catellier (Marlene). He is also survived by his grandchildren: Ashton Ayotte (Marc) and Matthew Gay (Carrie), son-in-law: Adrien Gay, and great-grandchild: Rae Ayotte. He also leaves behind numerous nieces and nephews whom he was close with. Jean is predeceased by his wife Mary Catellier (nee Newnham) and daughter, Tracy Gay (nee Catellier). He is also predeceased by his parents, Charles & Alpheda Catellier, brothers, Edward and Claude. Jean was born in Sudbury, Ontario in 1942. His family moved back to Manitoba in the early 1940s. Jean lived there until he joined the Canadian Armed Forces in the 1960s as a member of the Queen’s Own Rifle. He served in Canada and Cyprus (an island off the Mediterranean Sea) as a UN Peacekeeper. On his first tour in Cyprus, he was an ice truck driver hauling ice to the outposts. On his second tour, he was a member of the RECCE Group. Jean was very proud of his military career. He met his wife, Mary, in Calgary. They moved to Manitoba in 1968, in Dominion City and then onto Dufrost in 1969, where he lived until his passing. After his military career, Jean worked in construction for several years in Alberta and Manitoba. He went on to work at the Dufrost Seed Plant until their closure. His final career was that of school bus driver for the Red River School Division. He loved his route and meeting the students on his bus, whom he still ran into and chatted with after they graduated. In 1978, he joined the Royal Canadian Legion, Morris Branch No. 111. He served in many positions throughout his membership with the Morris Legion, including President, Deputy Zone Commander in Zone 44, Zone Commander and Membership Chair. He was really involved and felt the Legion was an important outlet for serving members of the Armed Forces as well as the veterans. He liked the social aspect as well as the duties he was given, including but not limited to going to local schools to educate students on the importance of Remembrance Day. He was active up until he was admitted into the hospital working on Membership renewals. Jean also enjoyed refurbishing vintage military vehicles and was involved with many clubs associated with that activity, including the Ghost SQN Military Equipment Club where he formed many lasting friendships. He showcased is vehicles in several parades and fairs throughout Manitoba, something he really enjoyed doing. He also enjoyed spending time with his family and really loved seeing his grandchildren. He especially loved visiting Sue and Sam at their trailer in the summer, sitting around the fire, chatting about the news of the day, sharing stories from the past and giving an update on his beloved Toronto Blue Jays. He liked to garden as well and had a huge garden for several years. A private family memorial, presided over by Pastor Denver Kroeker, will be held at the St. Pierre Bible Fellowship Church on Tuesday, December 28, 2021 at 11:00am. A link for the live stream of the service will be available at the Church’s website: www.spbf.ca or the church’s Facebook page: https://www.facebook.com/stpierrebiblefellowship/ The family wishes to thank all the doctors, nurses and staff of the St. Pierre-Jolys Hospital, the Morris General Hospital and the St. Boniface General Hospital. They would also like to thank his homecare providers, especially Brenda Roy, and all his family, friends and neighbours for their help throughout the years. In lieu of flowers, donations maybe made to the Heart & Stroke Foundation of Manitoba (1379 Kenaston Boulevard, Winnipeg, Manitoba R3P 2T5) or the Royal Canadian Legion, Morris Branch #111 (Box 641, Morris, Manitoba, R0G 1K0).

Share Your Memory of
Jean
Upload Your Memory View All Memories
Be the first to upload a memory!
Share A Memory